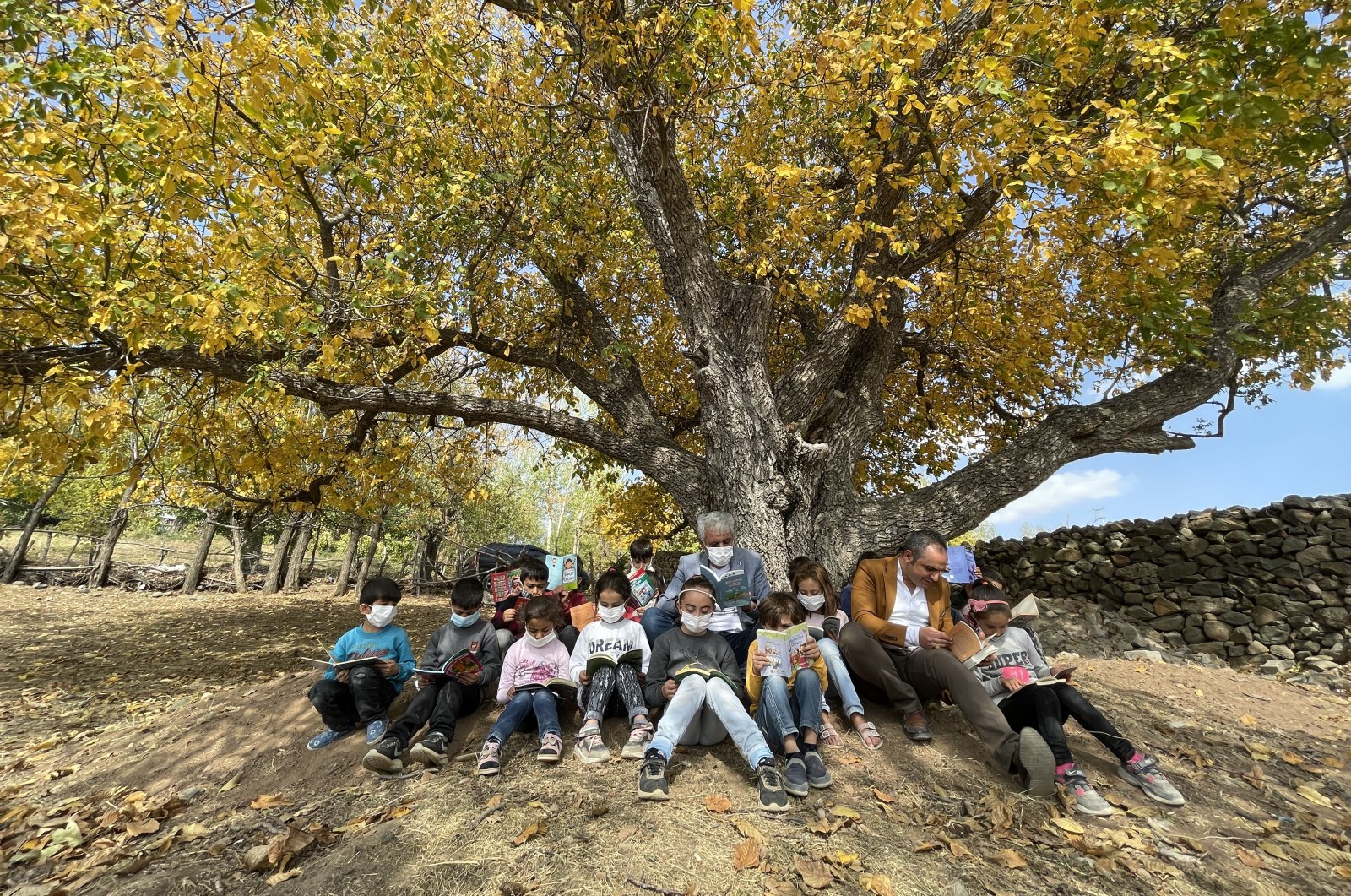 Retired agricultural engineer Cuma Karaaslan has made it his new mission to get books to children with little access to them. Karaaslan, the head of a local foundation in the eastern province of Bingöl and a lifelong activist for several nonprofit groups, personally delivers books he collected through a social media campaign to children in the villages of Bingöl. Thanks to the campaign he launched last year during the COVID-19 pandemic when children were confined to the home due to restrictions, he provides a service to occupy young idle minds in need of stimulation.

His campaign garnered huge interest online, with people from across the country donating all sorts of books to Karaaslan. Before the initiative, Karaaslan had donated some 3,000 books from his personal library to children in the villages he visited as they were unable to go to school and only had access to remote education.

When schools reopened for in-person education last September, Karaaslan launched another campaign, this time asking for books to be donated to schools. Soon, books were pouring in from all provinces, from the capital Ankara to Istanbul. In one month, he collected 5,000 books, which he enlisted the aid of volunteers, all university students, to help him deliver. Undaunted by his unreliable car that is prone to breaking down and the challenges that come with reaching remote rural areas, Karaaslan sometimes travels for hundreds of kilometers a day to get books to the children. He also gives talks to children he has delivered books to about the importance of reading and occasionally joins them in mass reading events.

“When I first launched the campaign on social media, I received 1,000 books in a short time and this number increased,” Karaaslan told Anadolu Agency (AA) on Tuesday in Bingöl’s Çavuşlar village. Ahmet Kerey, who heads a local culture and arts association in the village, was the one who invited him and requested books for children. “They have a library here but could not afford books. We gave some 450 books to two schools here and held a reading event. I plan to travel to as many villages as I can, until my book supplies run out,” he said.

His next goal is to set up a mobile library that he can transport from village to village. “I want no schools and children left without books and want one child to read at least 200 books,” he says.

Zeynep Kebude, one of the children who was given a free book, said she was pleased to something to read and promised to “read much more from now on.”