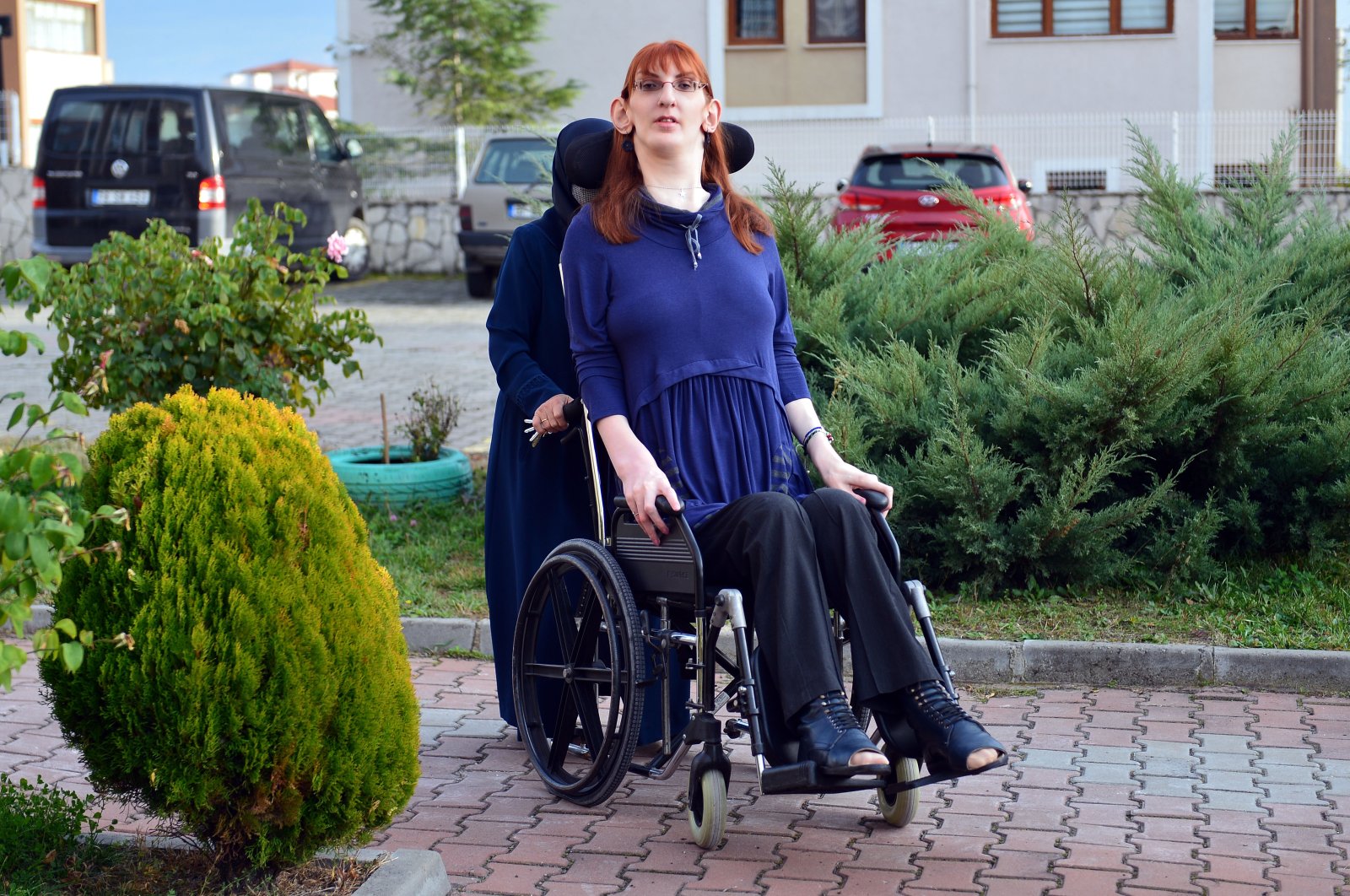 Rümeysa Gelgi is the world's tallest woman, but this title brings numerous health problems with it. Confined to a wheelchair and walker, the 24-year-old Turkish woman dreams of traveling the world and learning about diverse cultures.

She has always traveled by road and has never taken a flight, Gelgi told Anadolu Agency (AA) on Monday, adding that she has never been abroad because of her condition – which requires her to use a wheelchair most of the time but allows her to walk for a short period.

She said seeing different countries and cultures is one of her strongest desires and that she had received invitations from Poland and France when she first broke the record. "Unfortunately, I could not go," Gelgi said. "This time, I received an invitation from Russia, of course, I would like to this time."

She needs to rest lying down even though she can sit for two hours straight, she informed, explaining that she cannot sit through a plane journey. "There should be someplace for me to lie down. This is where my physical characteristics play a part in my day-to-day life. I can't sit in a seat that is lower than 50-55 centimeters because of my knee joint problem," she said.

"I can't even lie down on reclining seats. The only way for me to travel is on a stretcher, but that's a really exhausting procedure," Gelgi remarked.

Underlining that her biggest supporter is her family, Gelgi said: "I have physical challenges, and I am in need of support all the time.”

"I don’t have a sickness. Even though Weaver syndrome is defined as a disease ... I am not a sick person,” she argued, adding that the syndrome's drawbacks are what she is concerned about. "I've been coping with syndrome-related problems since I was born, and I've undergone therapies and surgeries with no complications," she said, adding: "My major issue is lack of physical movement."

"I want ramps built at a level where wheelchair users can easily utilize them, and I don't want cars parked in front of them. It would also be better if disabled parking places were not occupied by healthy people,” she proposed.

Gelgi was born in Turkey, weighing over 5 kilograms (about 11 pounds) and standing at 59 centimeters. Two months after her birth, she was diagnosed with a hole in her heart, necessitating a heart operation. At the age of 6, she stood 1.76 meters (about 5.77 feet) tall and weighed 65 kilograms (approximately 143 pounds). She had grown to 2.05 meters in height by her 11th birthday.

Gelgi has Weaver syndrome, a disorder characterized by skeletal abnormalities and developmental delay. The bones of affected individuals grow and develop more quickly than usual before and after birth.