Turkish women earn less than men regardless of education 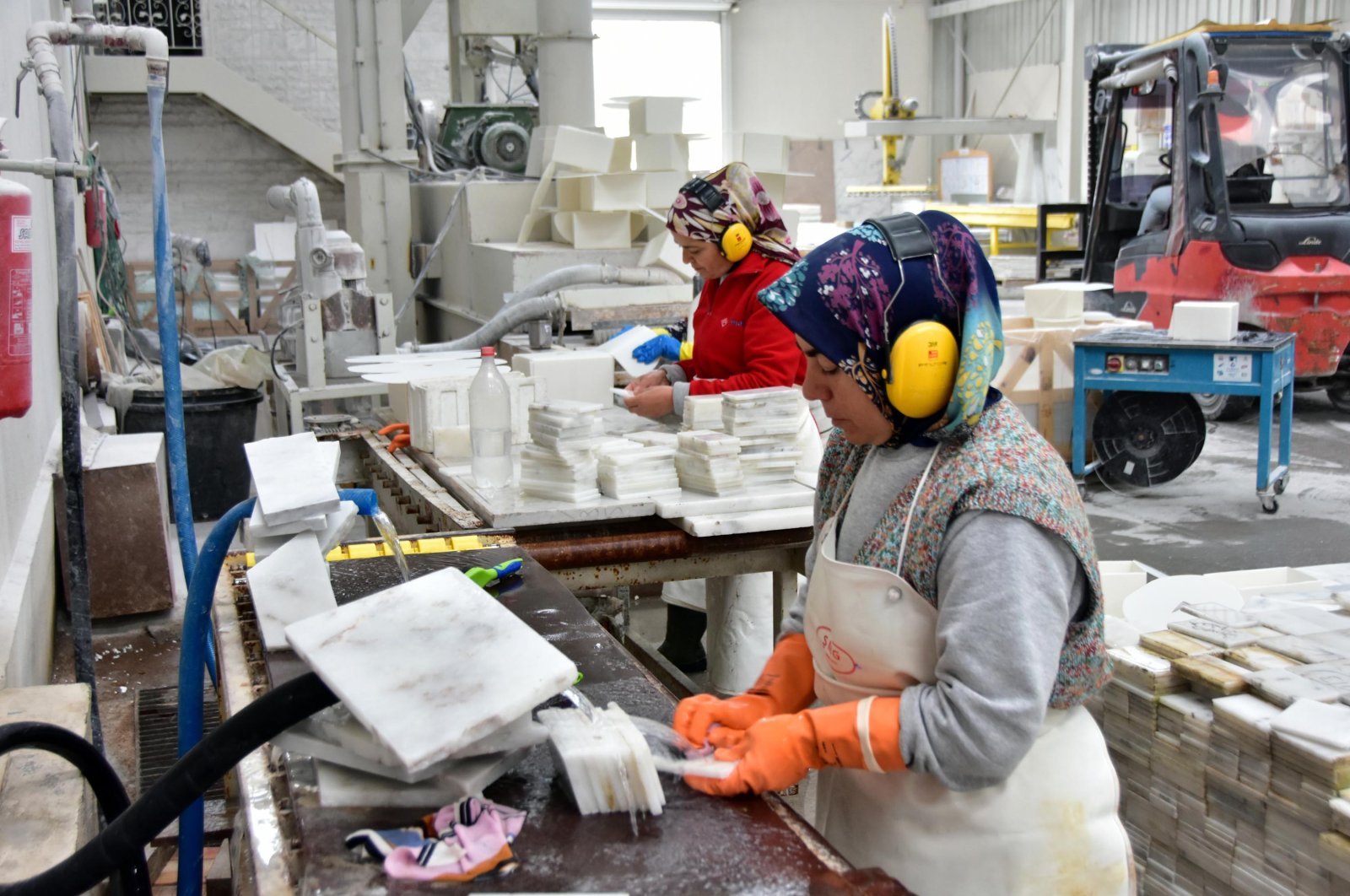 Official statistics released ahead of International Women’s Day show women earn less than men no matter how educated they are. Figures show annual gross earnings of women are around TL 46,000 compared with men who are paid more than TL 50,000

The gender pay gap is apparently here to stay, figures released ahead of March 8 International Women’s Day indicate. State-run Turkish Statistical Institute (TurkStat) released its Women In Statistics survey on Friday which highlights how women fare in business, education and other fields.

Figures compiled from various surveys indicate that women face a disparity in terms of their employment rate and compensation. Women on average earn TL 46,208 yearly in gross earnings while men make TL 50,297.

Turkey, like the rest of the world, strives to close the pay gap between men and women, as well as to include more women into the workforce. The Gender Parity report by the World Economic Forum (WEF) for 2019 said women need to wait 257 years to accomplish full equality in economic participation. According to the WEF report, only 55% of adult women are in the labor market, versus 78% of men. While over 40% of the wage gap (the ratio of the wage of a woman to that of a man in a similar position) and over 50% of the income gap (the ratio of the total wage and non-wage income of women to that of men) are still to be bridged.

Gender equality and affirmative action for women are high on the government's agenda. President Recep Tayyip Erdoğan pledged in his party's manifesto to end "every tradition of the age of ignorance targeting women."

The Ministry of Family and Social Justice is already working to empower women with projects to improve gender equality for women, who have lagged behind men in every field, courtesy of a patriarchal mindset.

In recent years, the government rolled out a series of incentives for working women, from longer maternity leaves to financial support for daycare needs. Payments to grandparents caring for their grandchildren with working parents were also introduced.

The government set the bar higher to increase the employment rate to at least 41% in the near future and decrease illegal labor by women to a maximum of 30%. The government plans to extend loans for female entrepreneurs looking to set up their own businesses. Women are already provided up to TL 50,000 in loans.

The statistics also show the highest monthly average gross wage for women was in the finance and insurance sector where they earned an average of TL 6,428. They earned least in accommodation and food service sectors.

As for cities with the highest women employment, the northern cities Kastamonu and Sinop and Kastamonu’s southern neighbor Çankır were at the top with an employment rate of around 40%. The eastern provinces of Mardin, Batman, Şırnak and Siirt had the lowest employment rate for women, around 11%, TurkStat figures show.

Still, progress is recorded in terms of rising women’s employment in recent years. First lady Emine Erdoğan says the women’s workforce participation rate increased four times compared with that of men in the past decade. Erdoğan, who spoke at a gender equality event on Friday at Turkey’s stock exchange Borsa İstanbul, said this increase was due to tailor-made solutions for Turkey. “We have seen new regulations for pregnancy leaves and more opportunities for women to work part-time. One of the most important challenges is to end the perception that work and family life are two conflicting matters. It is only with strong women equipped with experiences that we would be able to raise strong generations. Empowerment of women is proportional to the empowerment of family. I believe we will see more steps to facilitate work life for women in the near future,” she said.

Erdoğan said the future will witness advancement in fields like science, technology, engineering and mathematics, but the number of women in those fields was still low. “Women make up only 25% of those working in science, technology, engineering and mathematics. Only 22% of those working on artificial intelligence are women. We have to increase the number of female students at universities in those fields. We see the rate of female students at 21% at faculties of computer sciences and 24% at faculties teaching aviation and space sciences. We have to work harder to encourage girls to study in these fields,” she said.

Ebru Özdemir, CEO of Limak, a renowned Turkish conglomerate with investments in construction and energy, says women should be encouraged to take up jobs in those sectors. “We can have more actresses playing engineers on TV shows, for instance. Instead of portraying them solely as someone’s wife or daughter, TV series should depict them as strong women serving as executives and getting the job done,” she told Anadolu Agency (AA) on Friday.

“We see a lack of women in executive positions, in higher ranks of the bureaucracy,” she added. Özdemir, through Turkey’s Engineer Girls project, helps young women of university age to take up engineering, sciences and mathematics education. “Women who are successful in their fields motivate girls. They see others do it, and they feel they can do it too,” she said. Özdemir pointed out that though girls succeed in math and sciences, they usually choose to pursue a career in medicine, adding that their project seeks to encourage them to pursue an education in engineering.

Despite the negative indicators, Turkish women are happier than men, another TurkStat survey on life satisfaction shows. The proportion of happiness for women was 57% in 2019 while it was 47.6% for men.

Another survey, by private NG Araştırma research company, shows that the majority of people do not see complete equality between men and women in Turkey. In the survey, held among 2,257 people, every nine out of 10 women interviewed say there is no equality. The same survey also lists the difficulties women encounter in work life. Nine out of every 20 interviewees say women had to juggle both work life and home chores. The second biggest problem is physical harassment at work.