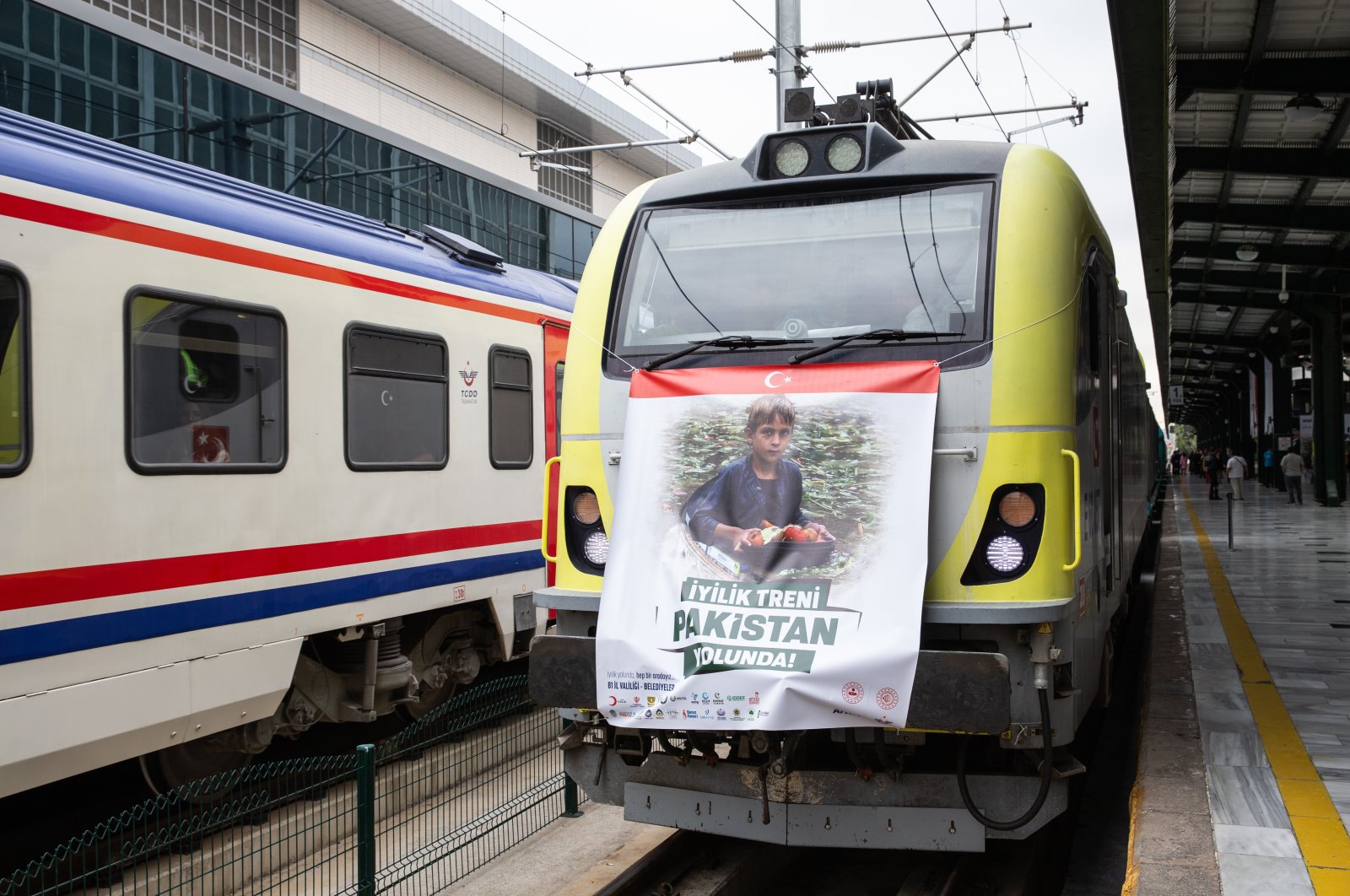 Türkiye on Thursday dispatched two more "Kindness Trains" to Pakistan. Loaded with relief goods for victims, the trains will provide a lifeline to Pakistan in the aftermath of catastrophic floods that have submerged one-third of the South Asian nation.

The eighth and ninth trains carrying 1,040 tons of disaster relief goods, including food and hygiene products, left the capital Ankara. This shipment is being coordinated by the state-run Disaster and Emergency Management Authority (AFAD) with the contribution of 22 nongovernmental organizations from 30 Turkish provinces. The sendoff ceremony was attended by Pakistan's Ambassador to Ankara Muhammad Syrus Sajjad Qazi and Önder Bozkurt, vice president of disaster response at AFAD.

Speaking at the ceremony, Qazi thanked the Turkish people who are standing with Pakistan in the country’s time of need. "These will help us overcome the very serious shortage of food that we are encountering on account of the floods in Pakistan,” said Qazi. "I am certain that we will be able to overcome this very serious challenge, but with the Turkish people standing with us we are stronger,” he added.

With seven more deaths, the casualties have risen to 1,576 due to flood-related accidents across the country since mid-June, according to Pakistan's National Disaster Management Authority. So far, over 2 million houses have been damaged, with 803,400 houses completely destroyed and 1.21 million houses partially damaged. Over a million livestock perished nationwide. The destructive floods displaced thousands of people who are living in tents. The monsoon season in Pakistan, like in other countries in the region, usually results in heavy rains, but this year has been the wettest since 1961. Currently, one-third of the country is under water as the massive rains and melting glaciers have caused the country’s main Indus River to overflow, inundating vast swaths of plains and farms.