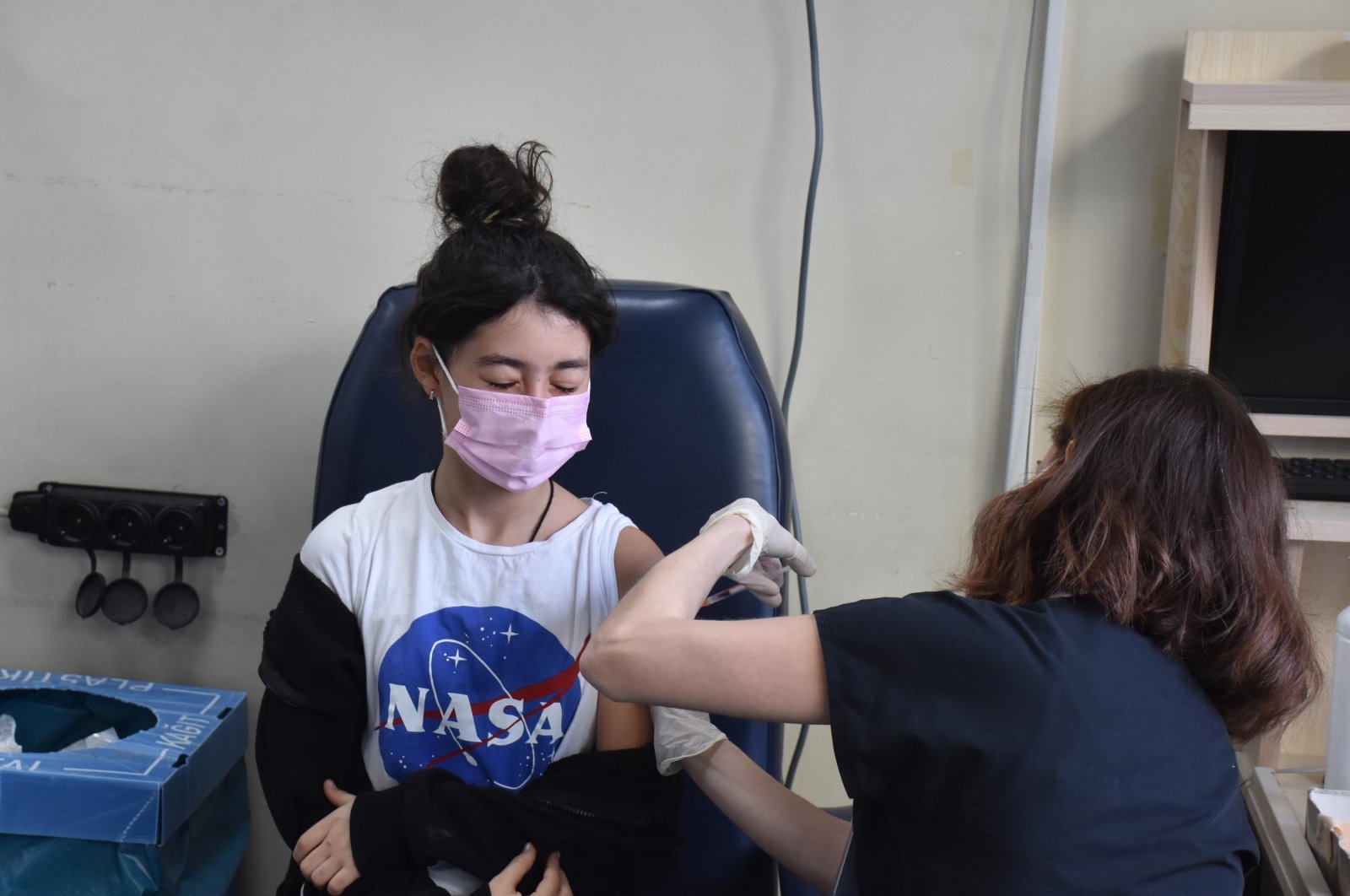 Turkey is confident in achieving mass immunity against the coronavirus soon as the rate of vaccinated people with two doses has surpassed 80%, and experts are hopeful of a better pandemic situation

As the pandemic of the unvaccinated rages on, forcing countries to reintroduce lockdowns, Turkey boasts an exceeding 80% vaccination rate for two doses. The rate represents critical progress for the country's vaccination program; however, a debate is underway whether two doses are enough to protect against the virus and the necessity of booster shots or third doses. For members of the Health Ministry's Coronavirus Scientific Advisory Board, the overall situation is improving, but they are concerned that a positive outlook can turn negative if people ditch coronavirus protocols.

The Health Ministry data shows the rate of people aged 18 and above and administered with one dose of vaccine surpasses 90%. Several "blue" provinces in a color-coded map by the Health Ministry also rose to 47, indicating that more areas are now above 75% of the vaccination rate of two doses. Twenty-two out of 81 provinces also managed to reach 80% and above in two-dose vaccination.

The vaccination program has provided relief for the country battling the coronavirus since March 2020. It was gradually opened for more age groups after new shipments of Sinovac of China and Germany's Pfizer-BioNTech COVID-19 vaccines arrived. Authorities had assured the public that it has sufficient stock, and vaccine hesitancy appears to be the only hurdle to overcome for mass vaccination.

Northern province Ordu leads in the vaccination rate with 84%, ahead of Amasya, Muğla and Osmaniye. Turkey's third-largest province Izmir is leading among provinces with a high population at 81.1% inoculation rate. The capital Ankara and Istanbul lag behind Izmir, and both have a rate above 70%.

Turkey also strives to reach out to more people for third doses of the vaccine and urges those administered with two doses of inactive CoronaVac to join the Phase 3 trial, developed by Turkish scientists, as the third dose.

All doses have a specific life of efficacy against the virus, and experts say all vaccines, over time, lose their immunoprotective features. Some experts are advising to administer the fourth dose to those who were among the first to get inoculated.

Professor Nurettin Yiyit, a member of the Coronavirus Scientific Advisory Board, told Ihlas News Agency (IHA) on Tuesday that they do not have a fourth dose on their agenda and "only time will tell" if it would be needed.

Yiyit's remarks came amid the new COVID-19 wave as the number of daily cases ranges between 20,000 and 30,000. He said that the new wave is different from previous ones in fueling severe cases requiring intensive care. "It really takes some bravado to go through this wave without getting vaccinated," he added.

Although daily cases climbed up, he cited that the number would not exceed 30,000. "We managed to stop the upward trend," he said. He also downplayed concerns about new variants of the virus. "We don't need to worry about a new variant. Viruses always have new variants, but you cannot be certain which one will be dominant. A new variant can also mean a self-terminating process for the coronavirus. This is a possibility as well," he said.

He also hailed the vaccination program and said the Turkish public did not oppose vaccination. However, vaccination rates appear low, especially in terms of mass immunity, as Turkey has a substantial child population and who were not included in the vaccination drive.

Previous COVID-19 waves forced Turkey to introduce restrictions, from weekend curfews to a 17-day complete lockdown. But since scrapping almost all regulations last summer, Turkey did not bring them back, like it did last autumn.

Yiyit confirmed that their board, which advises the government on restrictions, did not consider bringing them back. He noted that some restrictions, like mandatory masks and social distancing, were already in place, but people apparently "paused" complying with them as the number of cases indicated. "It looks like people think that the vaccines are powerful enough to eliminate all the cases at once, but this is not the case," he said. Yiyit said people were understandably tired of wearing masks since 2020, and in the meantime, there was a tendency for some vaccinated people to ditch the masks, putting too much confidence in vaccines. "All these contribute to the high number of cases," he noted.

Professor Mustafa Necmi Ilhan, another member of the board, said they would "hopefully" see the daily cases drop below 20,000 soon. "The cases plateaued and we are witnessing a drop in recent days. As long as people comply with the rules and the vaccination continues, they will drop further," he told IHA. He noted that Turkey came a long way from 2020 when the country had no vaccines. "The current numbers became possible only after vaccination," he added.