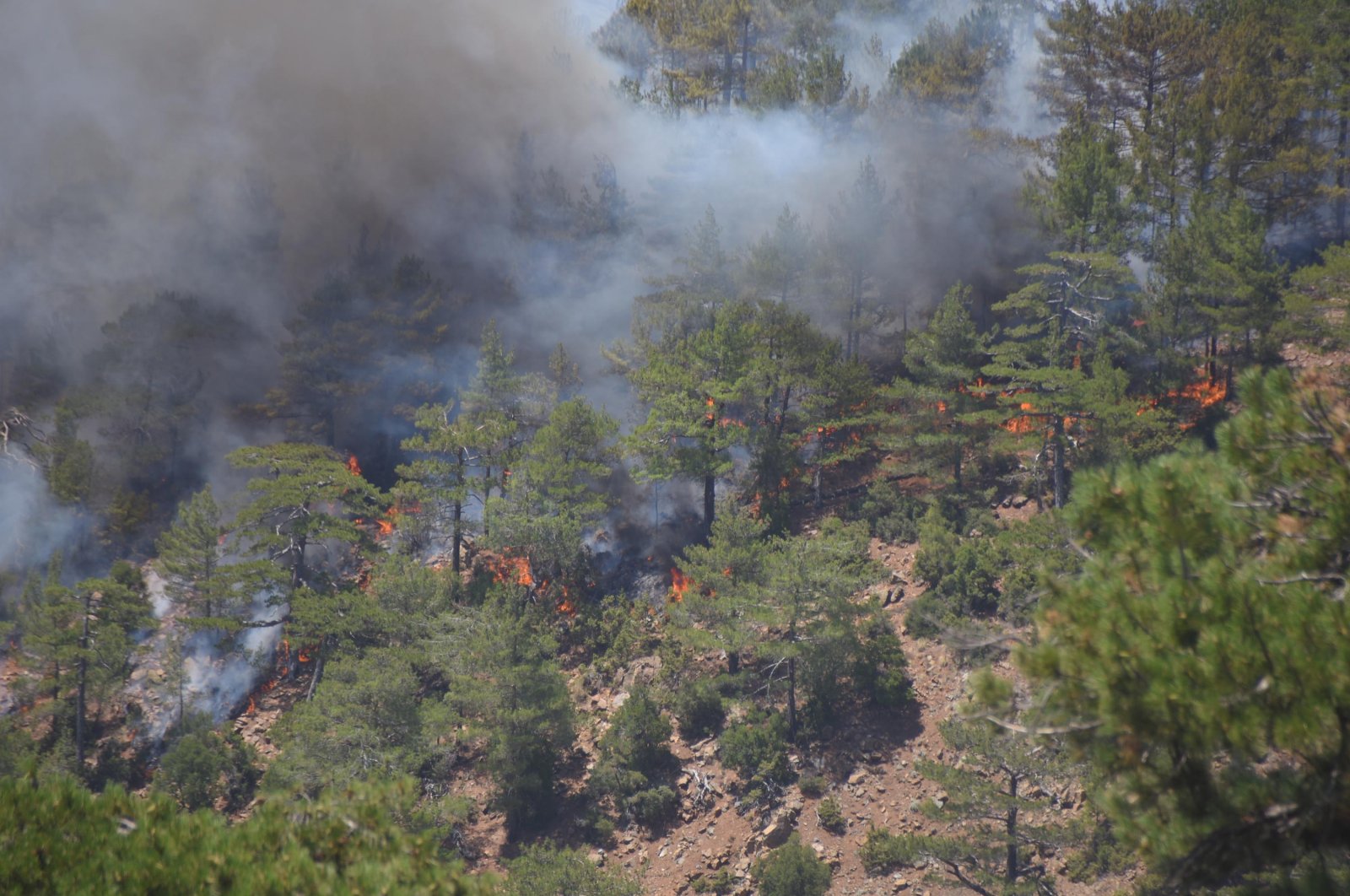 Wildfires that tore apart large swaths of forests, mainly in Turkey’s Mediterranean region, have been extinguished after almost two weeks. Official figures show only two out of 275 fires in 53 provinces continue to burn. Muğla’s Köyceğiz is the only place still embattled with wildfires. On Tuesday, another fire broke out in Bodrum, a popular vacation resort town in the southwestern province, but firefighters managed to bring it under control. Another fire in the province’s Milas district was contained earlier, though cooling efforts are still underway.

The fire in Köyceğiz spread through a steep mountainous area, challenging firefighters who are aided by water bomber planes and helicopters. High temperatures also hinder efforts. Media reports said the fires did not threaten residential areas.

The country has struggled to contain the fires, particularly in Manavgat, a district in Muğla’s neighboring province Antalya, since the last week of July. The Manavgat fire was the biggest among multiple blazes threatening the region and killed eight people. Strong winds prevented thousands of firefighters from stopping the flames from reaching villages. Several villages in the path of the flames were evacuated while hundreds of people are believed to be homeless after fires razed residences to the ground in rural parts of Antalya.

In a written statement on Wednesday, Minister of Agriculture and Forestry Bekir Pakdemirli said they had to fight high temperatures, low humidity and strong winds to contain the fires. “The effects of global warming are being felt all across the world day by day. We live in a Mediterranean climate and about 54% of our forests are located in areas that are sensitive to fires. The global climate crisis aggravates this risk,” he said. Pakdemirli said the recent fires were some of the “most difficult” to contain, especially amid temperatures, “reaching to 45.5 degrees Celsius (113.9 Fahrenheit), for instance, in Marmaris (district of Muğla) on Aug. 3, a record level.”

“We had five large-scale forest fires in the past two years. However, 16 among the latest fires (since July) were all large-scale fires,” Pakdemirli highlighted.