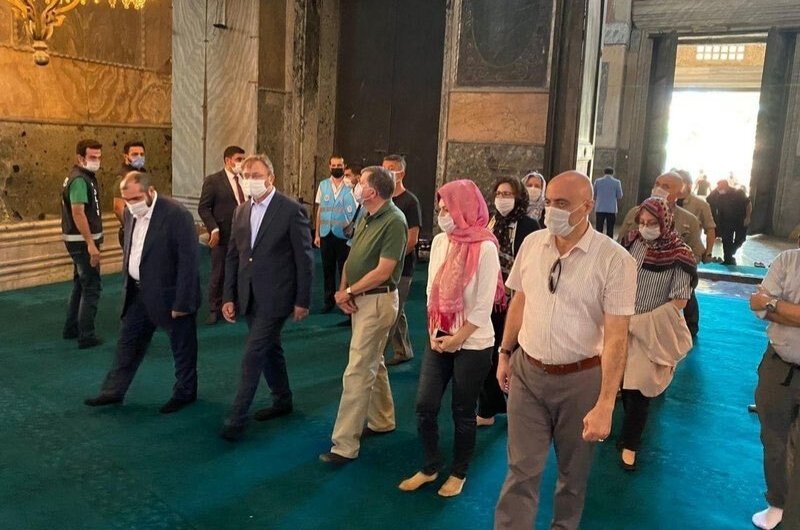 U.S. Ambassador to Turkey David Satterfield and his family visited the Hagia Sophia Grand Mosque on Wednesday. He was also accompanied by the U.S. Consul General Daria Darnell and the embassy staff.

The imam of the mosque, Mehmet Boynukalın, and Istanbul Provincial Director of Culture and Tourism Coşkun Yılmaz were also present during the visit.

The U.S. delegation entered the mosque through the gate reserved for tourists and left after a 45-minute visit.

On July 24, numerous Muslims attended the first Friday prayers inside Hagia Sophia Grand Mosque in 86 years. They expressed excitement over its reversion from a museum and said it as a major step for the entire Islamic world.

In the new era for Hagia Sophia, Turkey’s Presidency of Religious Affairs (Diyanet) will oversee religious services at the mosque, while the Culture and Tourism Ministry will supervise restoration and conservation works. The architectural treasure in the mosque will be open for local and international tourists to visit free of charge.