Vaccine expectations, caution over mutation prevail in fight against virus in Turkey 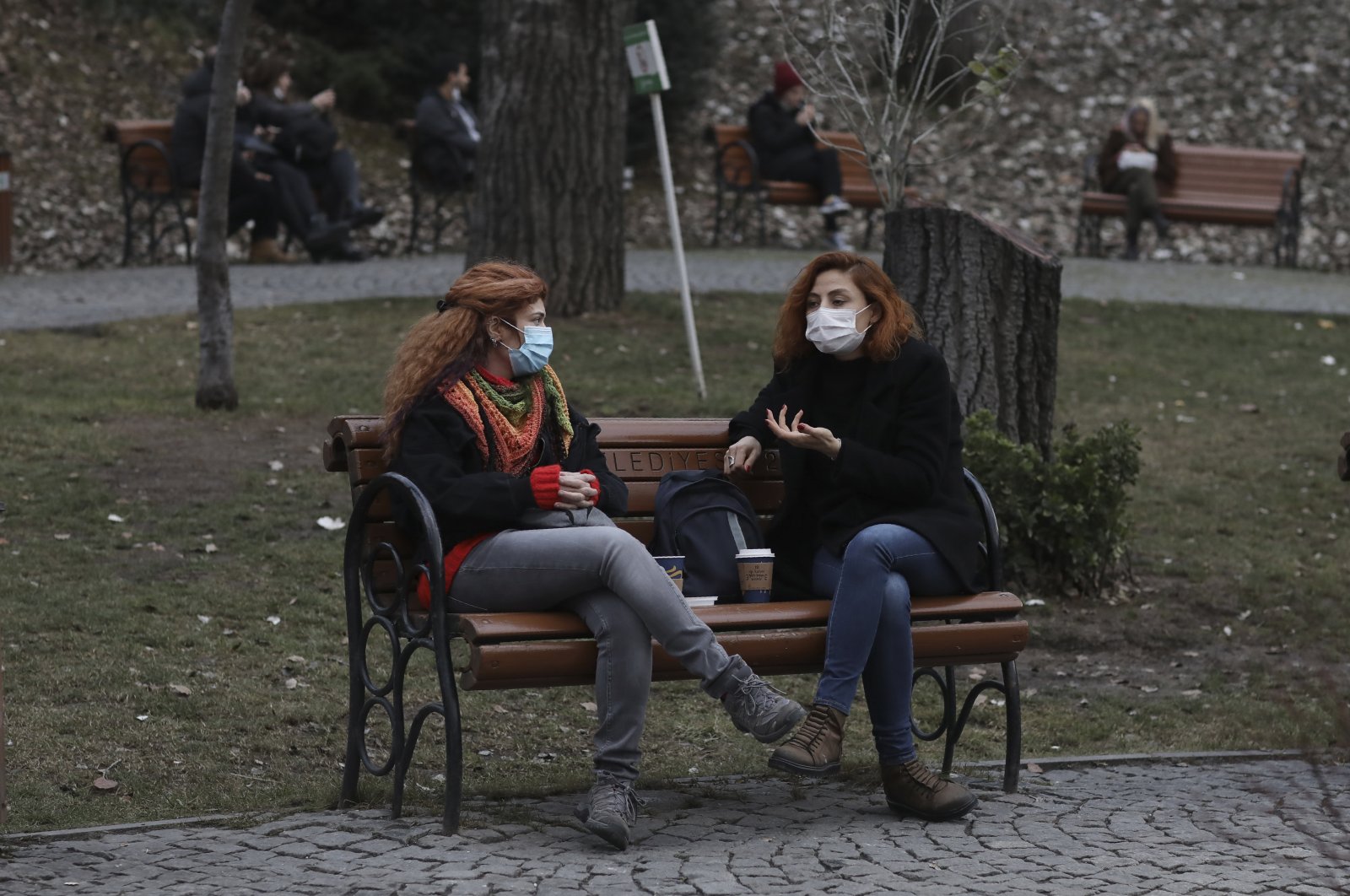 Turkey counts down to mass inoculation against COVID-19 pandemic, and a top expert says they expect at least six months of protection with the vaccine while concerns linger over a mutation of the virus now reported in the country

The first shipment of an inactive vaccine against the coronavirus arrived from China last week. This landmark move will be followed by the inoculation of millions against COVID-19, the disease caused by the virus, in about two weeks, after final approval of the vaccine. As Turkey braces for curbing the infections, associate professor Afşin Emre Kayıpmaz, a member of Health Ministry’s Coronavirus Scientific Advisory Board, says the vaccine might provide protection for at least six months. However, he warned the public not to let their guard down as far as following protective measures. The warning comes at a time of reports of a new strain of the virus in the country.

The delivery of 3 million doses of vaccine by China’s Sinovac will be followed by more, and in months, the majority of the population will likely be taking jabs, starting with health care workers. Two doses of vaccine will be administered with 28 days between the two doses. Kayıpmaz says the break between the two doses is needed to obtain a higher antibody response as proved in Phase 1 and Phase 2 trials of the vaccine, which is now in the process of approval in the country. For two weeks, the vaccine will undergo tests at the Health Ministry’s laboratories before its ultimate approval. Authorities take random samples from the imported vaccines to determine their side effects and benefits. Kayıpmaz told Ihlas News Agency (IHA) on Sunday that the studies showed desired antibody levels necessary for immunity against the virus can be reached between 14 and 28 days, after the second dose of the vaccine. “This means it would take about six weeks to reach the antibody levels we wanted,” Kayıpmaz said.

“We expect at least a six-month protection with the vaccine, but this is only an expectation. We will have better, clearer data next year, and we will be able to determine the exact amount of protection,” Kayıpmaz said.

Side effects of the vaccine are the only major concern, and authorities have prioritized the inactive vaccine developed with similar contents used in vaccines for other diseases for better efficacy. Kayıpmaz says people do not need an additional allergy test unless they had developed complications stemming from a previous inoculation by an inactive vaccine. Even in that case, complications would be limited, he said.

Though it will boost the morale of the public confined to their homes for months and ultimately, curb the infections, the arrival of the vaccine does not mean an immediate end to the pandemic. “Never consider ditching masks once you get the first jab,” Kayıpmaz warned. After all, the vaccine is necessary to reach a mass immunity level against the virus, and it is not a fast process. “Even after second doses, we have to continue with our cautious ways (wearing masks, adhering to social distancing and hygiene). Vaccines will only help us to recover from an infection in a better, less damaging way,” he said.

Vaccination is not mandatory for now, and authorities rely on people’s willingness to boost their immunity through vaccinations. In a country where vaccine skeptics existed long before the pandemic, it seems like a difficult job though recent surveys show more people are open to vaccines than before after seeing the impact of the outbreak on society. Experts have repeatedly called for people to trust the vaccines while prominent figures like President Recep Tayyip Erdoğan and Health Minister Fahrettin Koca stepped in to announce that they would get inoculated to set an example for the masses. Amid a barrage of misinformation on social media that perpetuates conspiracy theories regarding the vaccines, experts seek to assure the public. Professor Hasan Murat Gündüz, another member of the Coronavirus Scientific Advisory Board, told Anadolu Agency (AA) on Saturday that vaccination is a personal and social duty.

Turkey managed to decrease the number of cases with a series of measures, including curfews in place since November. The daily number of new cases reached its lowest in weeks on Saturday with only 11,180 new cases. The total number of cases now stands at more than 2.2 million while fatalities reached 21,295. Recoveries, on the other hand, exceeded 2.1 million. Gündüz said restrictions, including weekday nighttime curfews and 56-hour curfews on the weekends, played a role in curbing the infections, but the vaccine would decrease them further. “We need to have the majority of people vaccinated to return to our normal lives before the pandemic. As long as the virus remains as severe as it is now, we have to comply with rules. We need a high level of immunity so that the measures will not be in place for years to come,” he said. “The Health Ministry monitors the outbreak with daily data, and once we achieved a high level of immunity, we will go back to our old lives,” he said.

Gündüz said that although vaccination can be viewed as a personal protective measure, it is something more in the time of the pandemic. “Inoculation helps us not to fall ill, but it also reduces the risk of infecting others. The vaccine does not eliminate the virus though we can curb the outbreak. It will prevail, and people who are not inoculated will be at risk even after the outbreak ended. They can have a more severe disease. So, I urge them to think again,” he warned. Gündüz assured the public that slight cases of muscle pains or fever have been reported after the inoculation, but this was only “natural.” “It does not mean that a live virus is injected into the person. It introduces the virus to the immune system and cells. Once our body’s immune system recognizes the virus, it takes its own measure and kills it before it multiplies and spreads throughout it. What matters now is not fighting the virus after being infected with it but ensuring protection before being infected,” he stressed.

Just as Turkey started a new year with the hope of curbing the pandemic, Health Minister Koca announced on Friday that the new COVID-19 variant first reported in the United Kingdom was found in Turkey. All entries from that country were suspended after 15 cases of the new variant were detected. Infected patients, who all arrived from the U.K., are in quarantine, along with people they were in contact with.

Kayıpmaz said Turkey does not need to panic for now over the new variant. “We have to wait and see how this mutation will affect the current state of the outbreak. Certainly, we cannot ignore it, but we have to balance a line between all-out panic and ignorance. Just like we fight the first variant of virus, we can continue our fight against this new one by following the rules of wearing masks, hygiene and social distancing,” Kayıpmaz said.

“We don’t have any data on whether the new strain would affect the vaccines. Animal trials held before showed that it did not impact the efficacy of messenger RNA (mRNA) vaccines. What we know is that this new mutation is more transmissible between people,” he said.