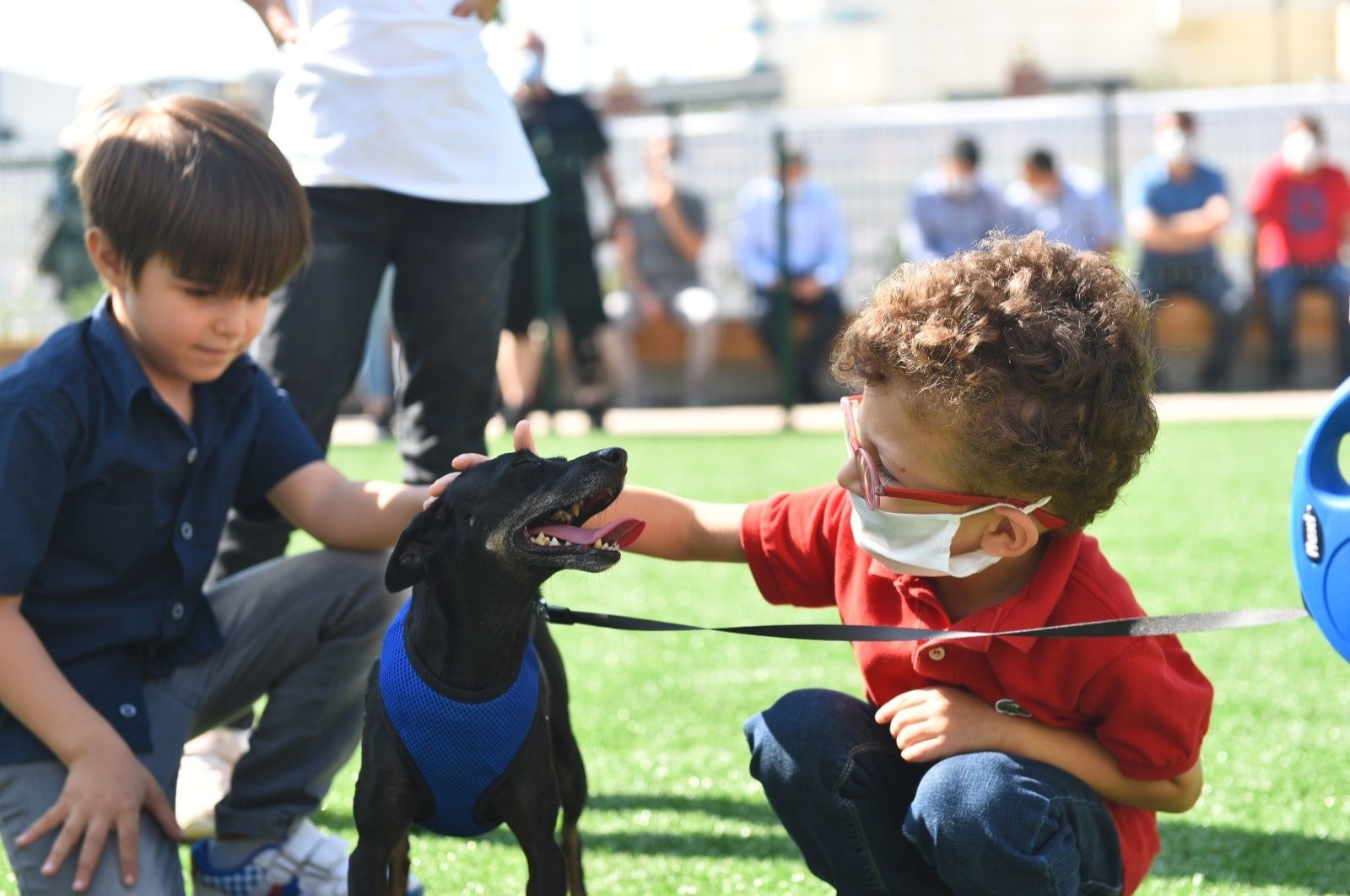 As a country famed for its treatment of strays, Turkey marked World Animal Day with dozens of events to celebrate humankind's coexistence with animals, while top officials pledged to do more

As a country famed for its treatment of stray animals, the day saw several events to raise awareness for the fragile existence of cats and dogs in Turkey’s streets, while more than 230 nongovernmental organizations (NGO) in a joint statement called for a wide-ranging ban on all sorts of hunting.

The NGOs, which include Turkish branches of several international groups such as the World Wide Fund for Nature (WWF) and Greenpeace, started an online petition on change.org as they urged the government to ban hunting completely.

"There can never be a sport, tourism, hobby, or an auction on killing another living being. We are talking about living beings that we share Earth with; they are our close and distant neighbors. We stand against the central hunting commission’s decisions that reduce our neighbors to mere numbers and quotas," the statement on the petition campaign read.

The campaign came after several attempts by authorities to auction off hunting quotas for animals, some of them at risk of extinction. The latest of such incidents occurred in July when authorities in central Eskişehir province tried to sell hunting rights for 18 red deer to the highest bidder.

The resulting fury of animal rights activists forced the authorities to back down and saved the animals from ending up as trophies for wealthy hunters.

While the campaign quickly garnered more than 40,000 signatures, with more signing every minute, the online petitions usually fail to force any changes to legislation, but this time hopes were raised slightly after Agriculture and Forestry Minister Bekir Pakdemirli promised the long-awaited animal rights bill would be finalized as soon as possible.

Sharing a message to mark the day on Saturday, Pakdemirli said animals had the right to live as much as humans did.

"They are living beings just like us, and they have the right to live just as much. With that in mind, we carry out projects for both stray and wild animals. We are also working toward introducing legislative changes to stop cruelty against animals," Pakdemirli wrote.

Pakdemirli said since 2012 the ministry has nursed more than 30,000 injured wild animals back to life and carries out extensive breeding programs for species with critically low numbers.

On Sunday, the minister attended a special event in Çamkoru Nature Park in the capital Ankara and released several species of birds and animals bred as part of a special program to increase avian biodiversity.

Speaking to the reporters during the event, Pakdemirli said the ministry invested heavily in camera traps to monitor wildlife across the country and warned that the increasing numbers of forest fires posed a great risk to animals.

"It’s not just the trees that are being destroyed, the wildlife suffers greatly too," Pakdemirli said, as he urged people to be mindful during their trips to parks or forested areas.

While the legislative changes Pakdemirli pledged to expedite do not include a ban on hunting, they will still introduce sweeping and much-needed changes to archaic laws.

Although Turkey has had a law on the issue since 2004, called the Animal Protection Law, the offenses are evaluated within the context of misdemeanor law, treating animals as if they are human "commodities," meaning that it is not possible to issue a judicial punishment in the case of an offense. With the new proposal, those who torture and/or kill animals will face jail time, with all offenses against animals included in the Turkish Criminal Code.

The new law oversees the establishment of an Animal Welfare Fund that will provide financial support to municipalities regularly for activities specific to animal rights and their protection. The municipalities will also dedicate 1% of their budget directly to animals, enabling the municipalities to increase the capabilities of animal shelters and other services.

Should the law pass, it will be a major win for activists and undoubtedly increase calls for a ban on hunting.

First lady Emine Erdoğan joined the top government officials in their call for compassion toward animals by adopting a disabled dog from an animal shelter in Istanbul.

Visiting the Yedikule Animal Shelter in Fatih district, Erdoğan adopted a dog named Leblebli, meaning "chickpea" in Turkish, which had undergone four surgeries due to broken bones after being hit by a car.

The first lady also donated large amounts of pet food and blankets for the more than 1,500 animals in the shelter.

Speaking to the Anadolu Agency (AA), the shelter's volunteer manager, Meral Olcay, thanked the first lady and urged everyone to adopt instead of buying from pet shops.

"It really made us happy because a disabled dog’s chance of finding a home is next to zero. But the first lady’s move set an example for people to adopt disabled pets. Leblebi finally has a home and she will be very happy," Olcay said.