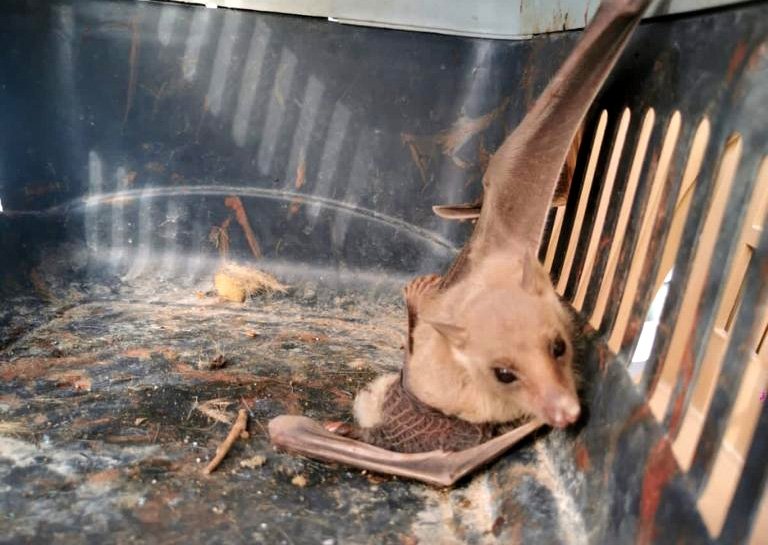 The strange animal that Imadettin Söyleme found in his courtyard in the southern province of Mersin, turned out to be a vampire bat native to South America. Officials are now investigating how the bat ended up at his home in Tarsus, a district of Mersin which is more than 10,000 kilometers (6,213.7 miles) away from Brazil, the nearest known habitat of the mammal.

Söyleme was checking his courtyard at night after his four chickens mysteriously died last week. When he discovered the bat lying on the ground, at first he assumed it was a young fox, an animal known to have an appetite for chicken, but when he realized it was something else contacted the local Directorate of National Parks, a wildlife authority. Officials discovered that it was actually a hairy-legged vampire bat or diphylla ecaudata, a species of vampire bats that feeds on the blood of birds as well as domesticated animals. The bat was taken to Tarsus Nature Park for preservation on Monday.