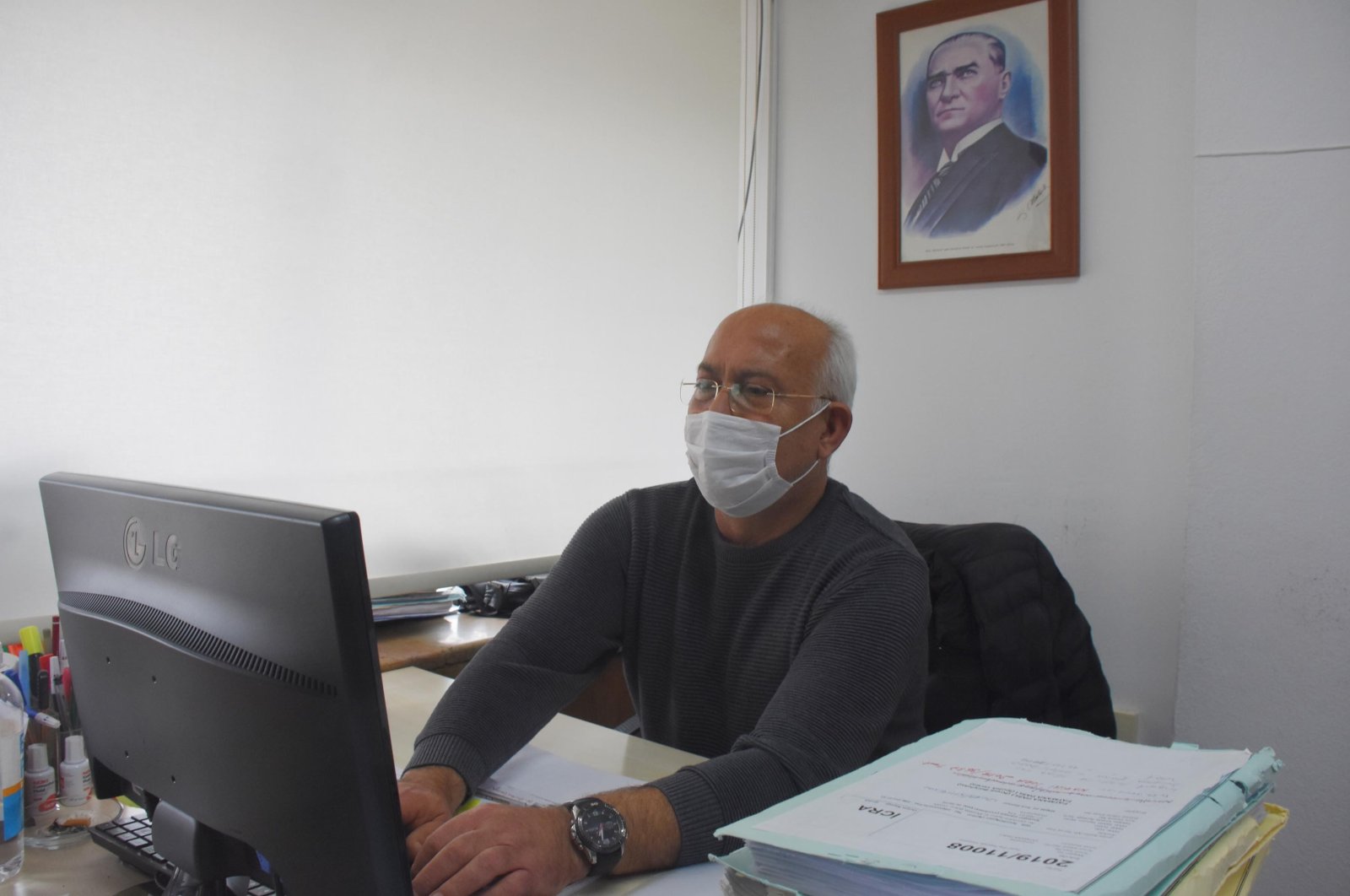 Atılay Özün, a lawyer living in Konak district, was caught in the temblor while making a phone call in his office. He did not even stop the phone call, and simply sat in his chair while items around him were toppling.

He stood up only after the earthquake stopped, not in order to leave the office but to put a water dispenser that had fallen over back in its place.

In the aftermath of the 6.6 magnitude earthquake, authorities are investigating shortcomings of the buildings that collapsed in the disaster. Nine suspects were taken to court on Thursday in connection with the collapses, including building contractors and engineers in charge of inspecting the construction.