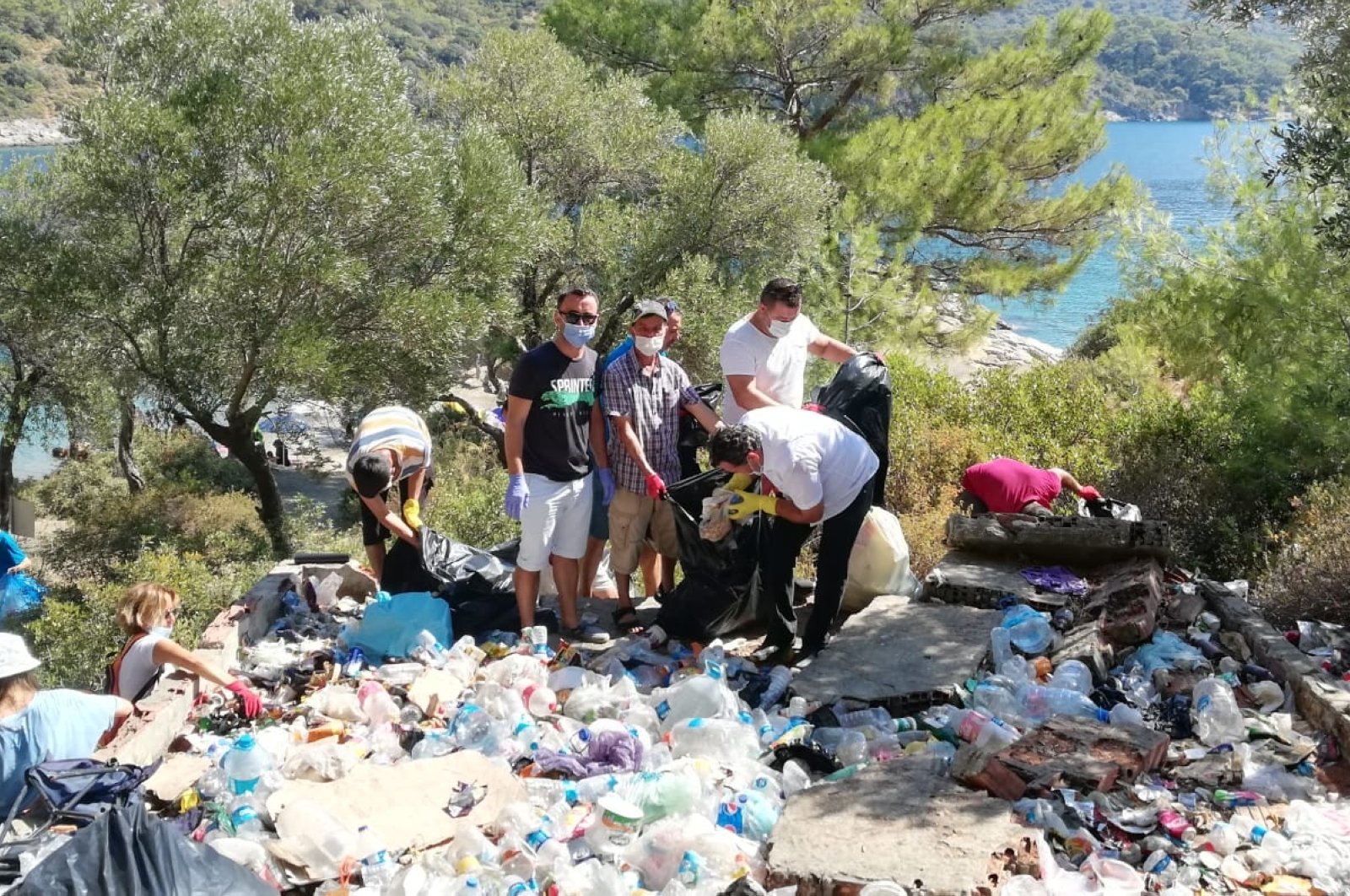 Approximately 2 tons of garbage was collected from a bay in the touristic Fethiye district of southwestern Muğla province on Sunday.

Volunteers boarded boats to reach Darboğaz Bay, where they picked up trash for four hours under an environmental project organized by Fethiye Municipality and the Ölüdeniz Rotary Club.

Recyclable waste was sent to the Fethiye Municipality Recycling Facility.

Fethiye Mayor Alim Karaca said in a statement following the event that some of Turkey’s most beautiful islands and bays are found in Fethiye and they should be enjoyed while protecting their natural environment.

"We want those who live in the region and come on holiday not to throw their garbage into nature,” Karaca said. “We must leave our wondrous natural geography clean for future generations.”