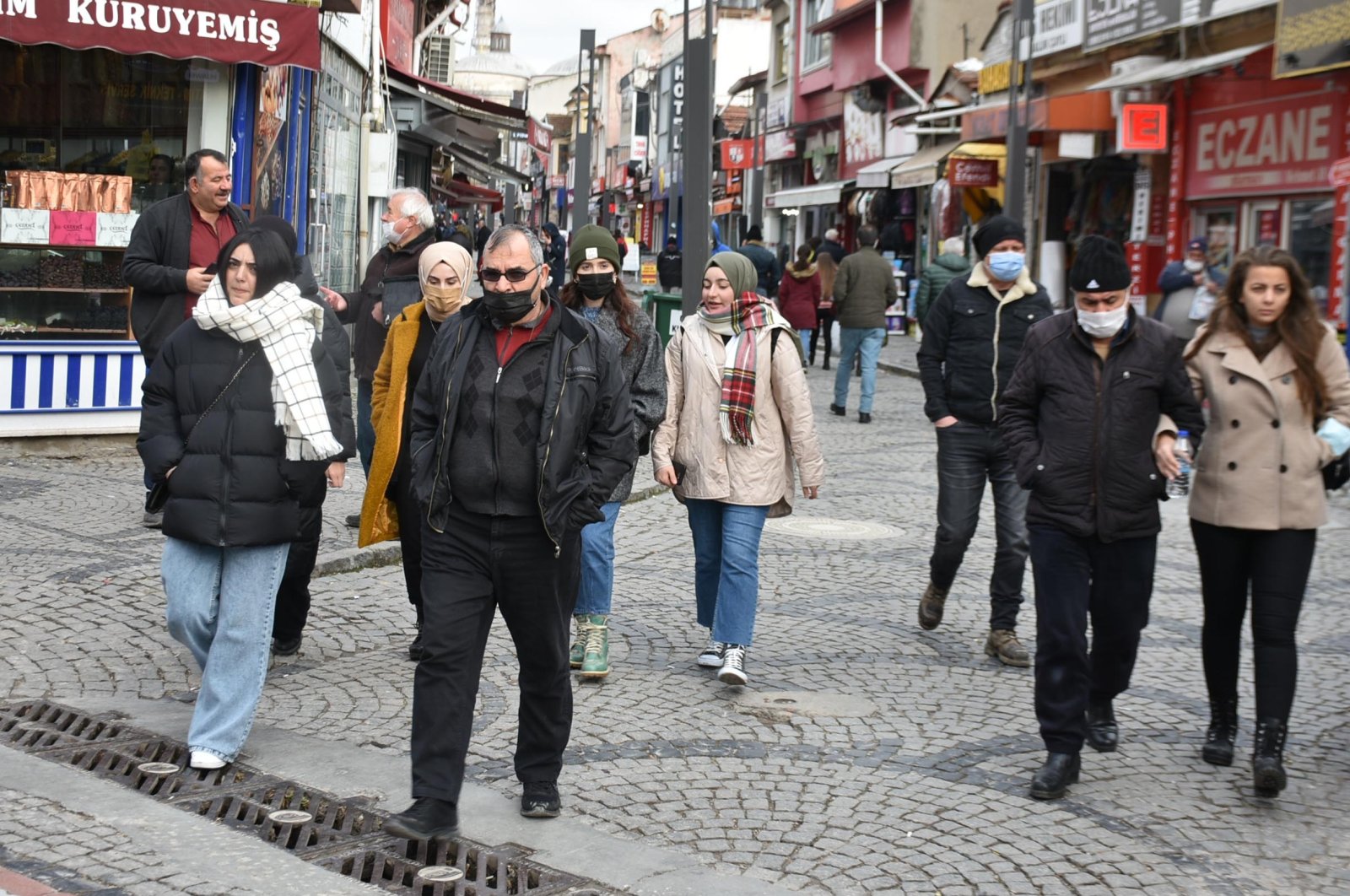 Turkey has reported progress in its fight against the coronavirus pandemic with the latest weekly figures of cases. Data released by the Health Ministry on Wednesday indicate a decline in 61 provinces while the remaining 20 provinces recorded a rise in the number of cases. Weekly figures are based on the average number of cases per each 100,000 people in any given province.

The figures from the week between Nov. 27 and Dec. 3 shows Tunceli in eastern Turkey, a small province, had the sharpest drop in the number of cases and dropped to the 17th spot from the 2nd spot among provinces with highest number of cases. It is followed by Osmaniye, Tokat, Kahramanmaraş and Kilis. Osmaniye had the highest number of cases in the week preceding Nov. 27 and dropped to second place while Çanakkale had the sharpest rise. It also had the most cases, at 472 per 100,000, ahead of Osmaniye, which had around 468 cases.

The country's three big cities also reported a decline in cases. Istanbul had around 269 cases per 100,000 while this number dropped from 70 to 69 in Izmir and from 202 to 182 in the capital Ankara.

Turkey managed to bring down the number of cases after a strict lockdown ahead of last summer, following months of nighttime and weekend curfews. A new wave, however, set in early autumn and worsened with the emergence of the delta and delta plus variants as well as due to the high number of people unvaccinated against the deadly virus. The daily number of cases only recently dropped below 20,000, while daily fatalities are now under 200. Turkey credits its vaccination program for drop in the cases. It administered more than 122 million doses since the vaccination drive began in January 2021. More than 51 million people now have two doses of the vaccine though authorities urge the public to get inoculated with a third dose for extra protection amid variant concerns. Last week, the country reported its first omicron cases, six in total, in Istanbul and Izmir, though experts say that vaccination may prevent the cases from spreading further, along with adherence to measures like wearing protective masks, which is still mandatory in the country, and social distancing.