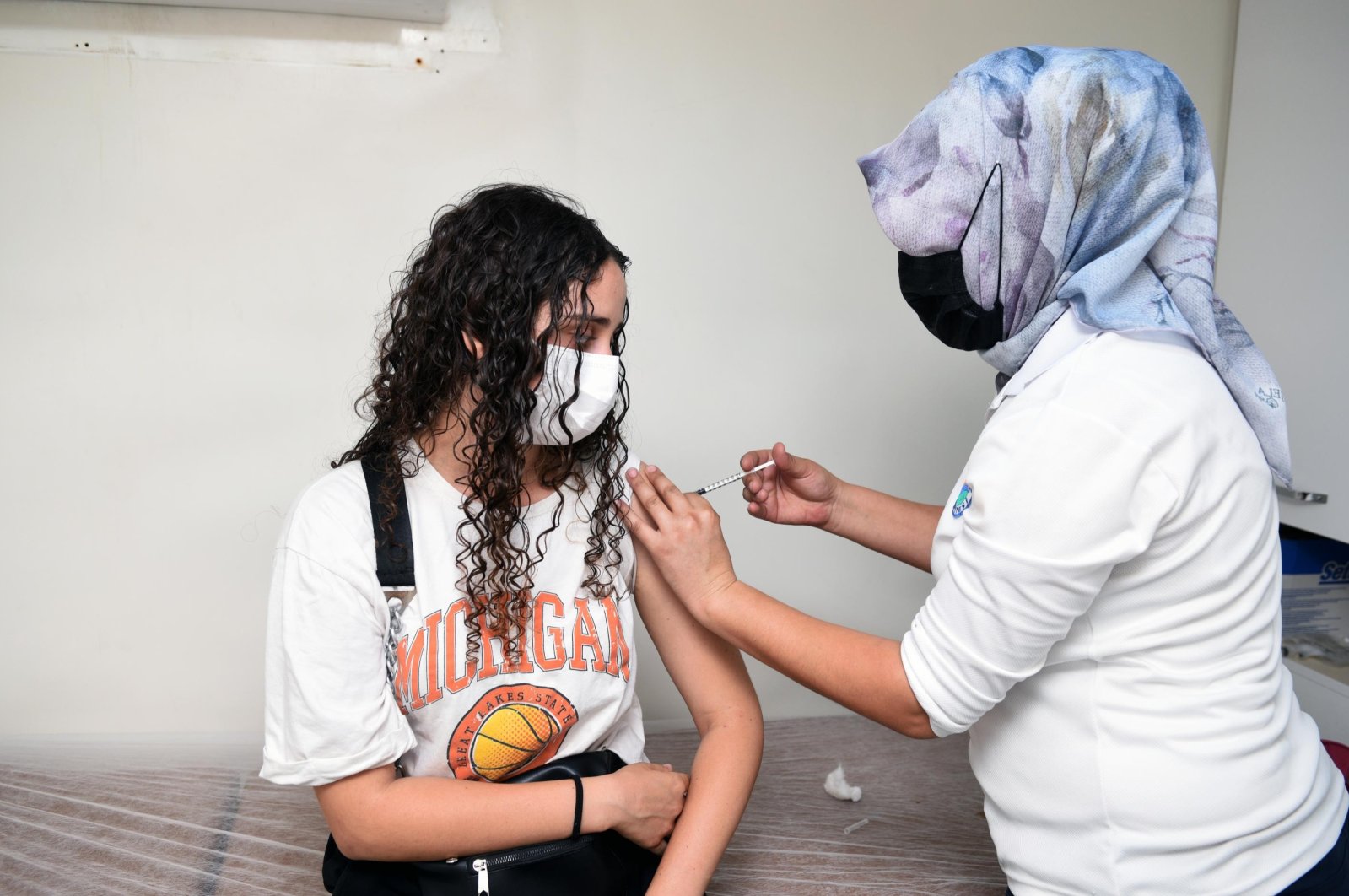 The Health Ministry has disclosed the weekly coronavirus cases for the period between July 31 and Aug. 6.

The figures, based on the number of cases per 100,000 people in 81 provinces, point to a surge in COVID-19 patients. “We will have less cases as long as the number of people with at least two doses of vaccine increases,” Health Minister Fahrettin Koca tweeted as he shared a map showing the figures.

Three big cities, Istanbul, Ankara and Izmir, experienced a steady rise in weekly cases. In Istanbul, the number of cases per 100,000 was around 182, 184 in Ankara and 65 in Izmir.

With a surge in the daily cases, Turkey hopes to overcome the pandemic with its expanding vaccination program. Koca announced that the country on Wednesday administered more than 1.2 million doses, while the total number of doses administered since January reached to 81.3 million. The country is fighting vaccine hesitancy among the public and has managed to decrease the number of unvaccinated people eligible for jabs to below 20 million. Koca tweeted on Thursday that the provinces of Antalya, Denizli, Tunceli and Giresun fell into the blue category, the color code for provinces with high rates of vaccination. Four provinces had a vaccination rate above 75%.

Inoculation is not mandatory in the country, but the government is considering imposing certain restrictions on the unvaccinated. Koca had announced on Wednesday that vaccination should be a priority for "continuing education and business life" and the unvaccinated "should be required to undergo regular polymerase chain reaction (PCR) tests."

Daily coronavirus cases in Turkey fluctuated at around 24,000 to 25,000 this week. Experts say a surge in cases is inevitable, as people tended to ditch rules like mandatory masks and social distancing after a normalization process began on July 1, lifting almost all pandemic-related restrictions, including curfews.

The fast-spreading delta variant is also a culprit in this new wave of infections. Experts are calling on the public to ensure that they receive their two doses of vaccine against the coronavirus in time, describing the inoculation as the key to successfully defeating the spread of the delta variant.