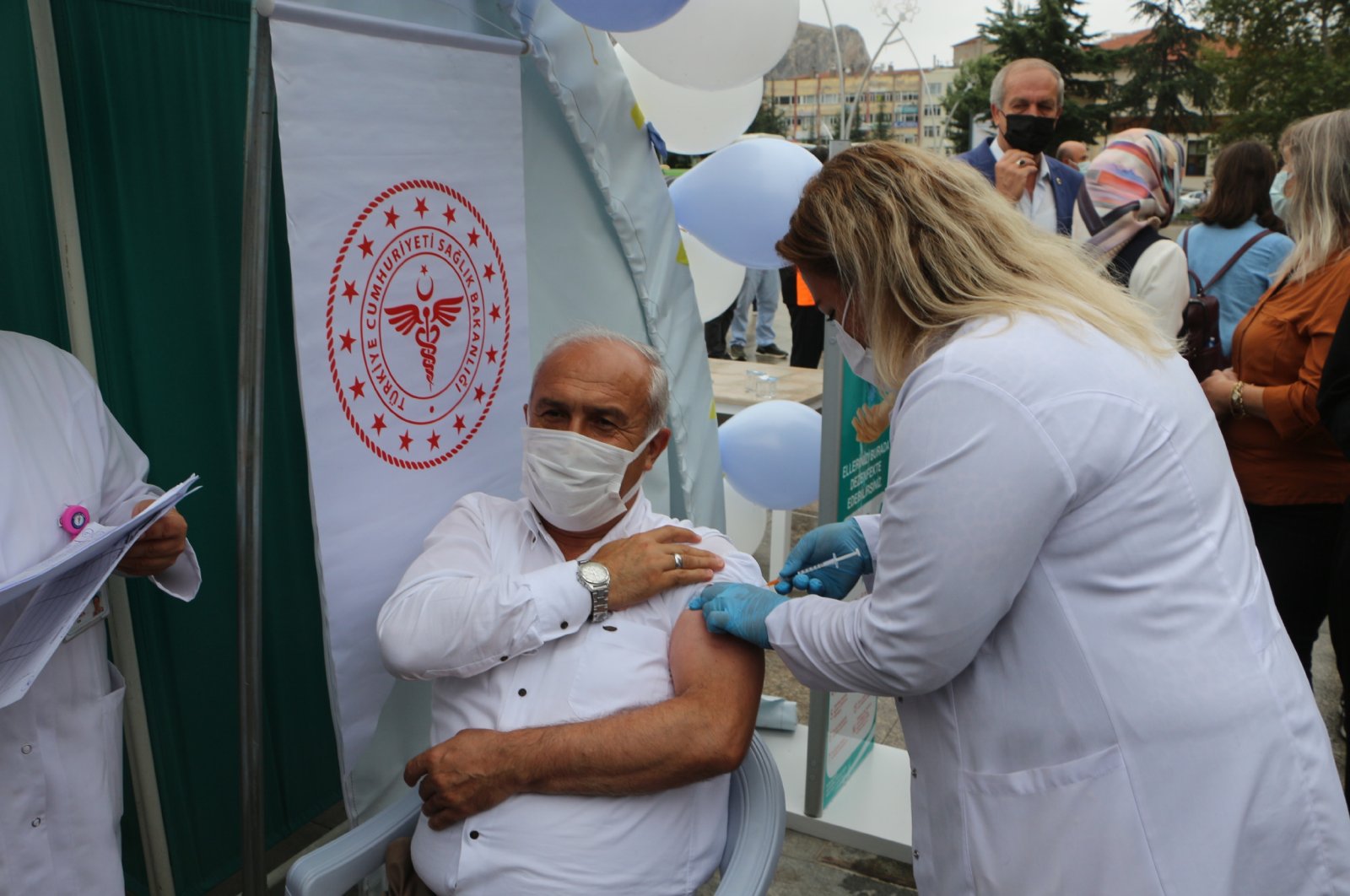 Health Minister Fahrettin Koca announced Wednesday that the number of doses administered in the country against COVID-19 exceeded 80 million. Official figures published on the Health Ministry’s website show some 42.8 million people had their first doses in the vaccination program while another 31 million now had both their doses. People who were administered third doses round up the total number.

Turkey, a country of 83.6 million people, relies on achieving a mass immunity at 70%, but experts warn a higher rate may be required in light of the fast-spreading delta variant. The country has recently witnessed a surge in daily cases in the aftermath of a normalization process that began July 1.

The country recorded 26,597 new COVID-19 cases Tuesday, close to last week's three-month high, and the number of fatalities hovered close to a two-month peak. Daily cases have surged from a low of just over 4,000 in early July to over 20,000 for the last two weeks. Last week the new daily cases hit 26,822, the highest level since the first week of May. The number of deaths from the coronavirus on Tuesday was 124.

Minister Koca tweeted that the rate of people aged 18 and over with two doses of vaccine now exceeded 50%.

Vaccination is not mandatory in the country but the government is considering imposing certain restrictions on the unvaccinated. Health Minister Fahrettin Koca had announced Thursday that they might ask for regular polymerase chain reaction (PCR) tests from people without two doses of vaccine every week, in order to greenlight their travel in buses and planes and attendance to events in seated venues, such as cinemas and concert halls.

Several businesses had already started implementing restrictions on unvaccinated customers and staff. Professor Levent Akın, a member of the Health Ministry’s Coronavirus Scientific Advisory Board, said the pandemic is now a “pandemic of the unvaccinated,” noting people who were not inoculated faced heightened risk of infection. He warned this situation could also pave the way for the emergence of new variants.

Akın told Demirören News Agency (DHA) Wednesday that the vaccination rates were particularly low during the nine-day Qurban Bayram, also known as Eid al-Adha, holiday observed last month – a period which is feared to be one of the factors in the rising number of cases due to high mobility.

Akın said they might recommend implementing the restrictions which were lifted in July but their priority was boosting vaccination numbers. “With a high enough vaccination rate, we will be able to curb the number of cases anyway,” he said.