Wheelchairs for plastic lids campaign reaches out to hundreds in Turkey 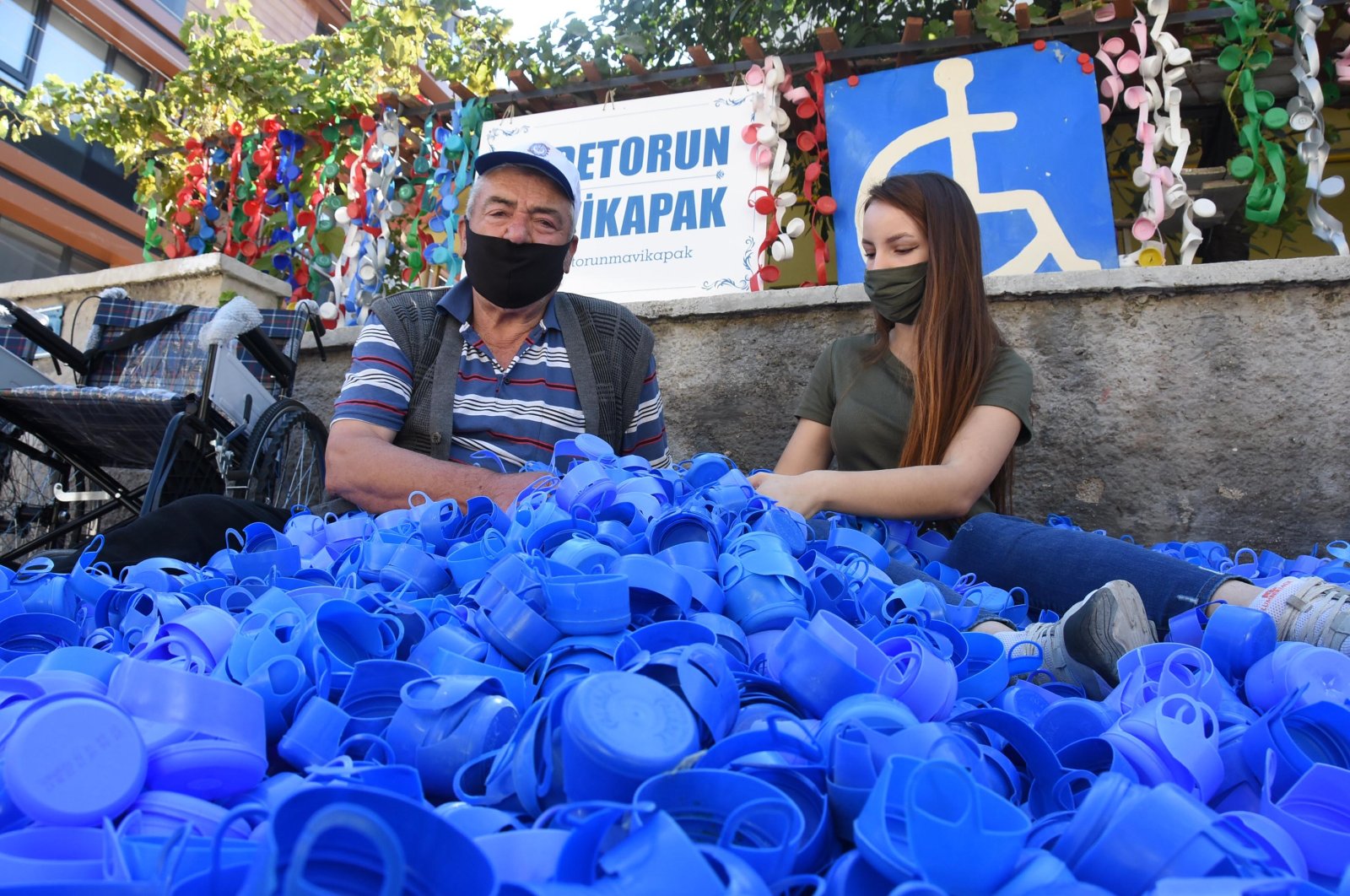 Collecting the plastic lids of bottles and donating wheelchairs to the disabled from the revenues of their sales has been a popular concept in Turkey for the past decade. Many gave up early though, due to the enormous task of collecting thousands of lids. Halit Aydoğan did not. The 73-year-old retired worker and his granddaughter managed to collect enough lids to buy wheelchairs for 373 people in the past 13 years. Their efforts thrived thanks to social media users who contacted them for donations.

Melike Sarıtaş was only 4-years-old when she started giving the lids she found to her grandfather living in the central province of Eskişehir. Together, they accumulated thousands of blue lids from water bottles. The duo sells the lids to a recycling company in exchange for money, but the sheer number of lids needed to be collected may be deterring for donors. “You need about 30,000 demijohn lids to buy a wheelchair. For bottle lids, you need 200,000,” Sarıtaş said.

It all started when Sarıtaş found out about a similar campaign to help a disabled boy. “All my friends were scouring for lids, but I could not find any on the street. I was crying. My grandfather told me not to worry. He told me he would help me and others if I stop crying,” she recounted. Finally, they managed to buy their first wheelchair. “We were at the home of a disabled boy to give him a wheelchair. He did not know it was for him and told his mother he wished he had one so she would not have to carry him around,” Sarıtaş recalled.

“We make the disabled people happy and contribute to the economy by recycling,” Sarıtaş said, referring to the recycling of the lids into kitchen utensils.

Halit Aydoğan said he is proud to help people. “My goal was to buy 100 wheelchairs when I first started collecting. Now, I've raised it to 1,000,” he said.