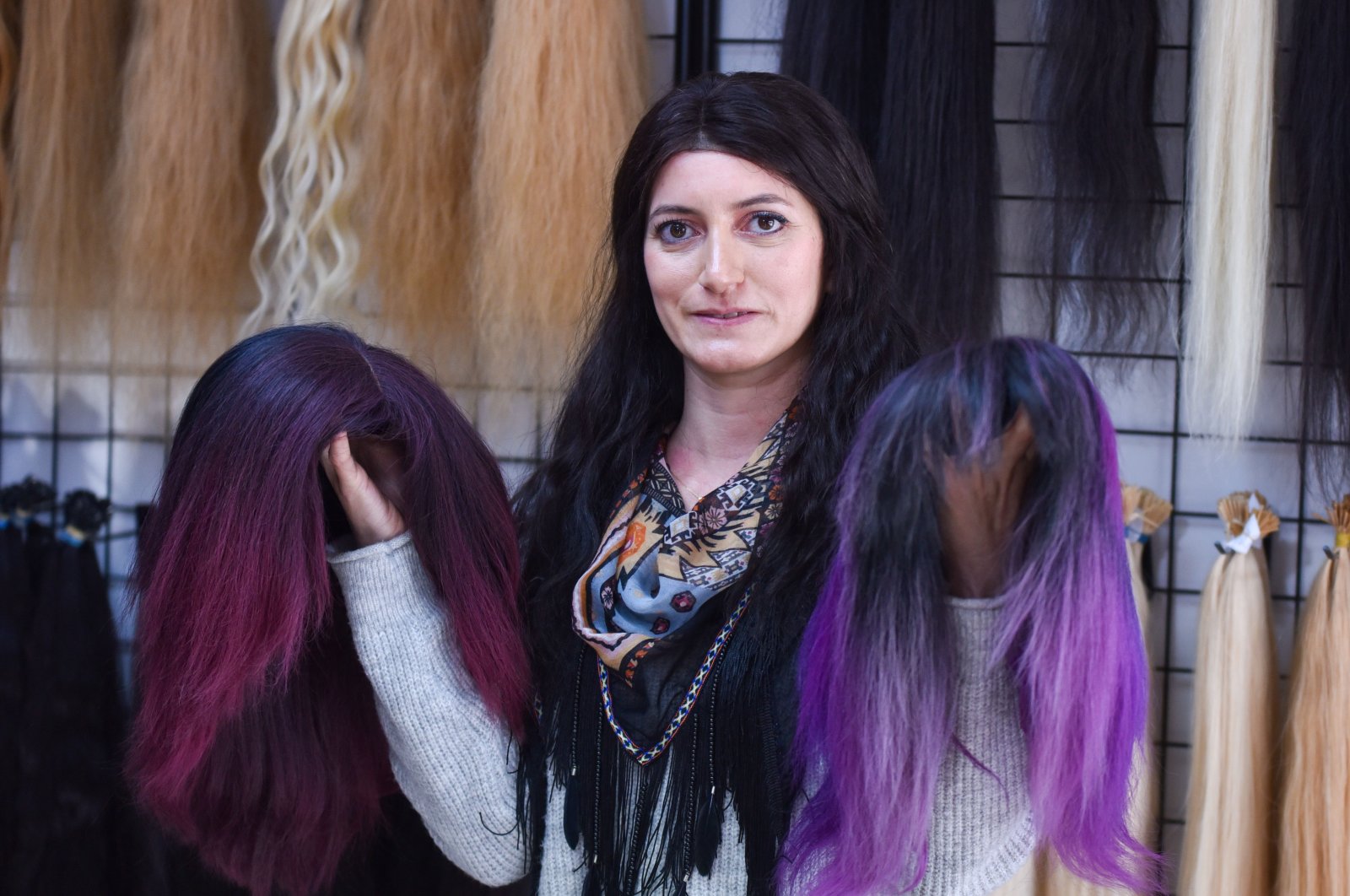 The shiny, soft and long "Turkish type hair" has a growing reputation within the world's wig and hair sector, increasing its price to TL 10,000 ($1,300).

As the supply of original Turkish hair has diminished due to several reasons – including changes in women's hairstyles, increased use of dye and henna and the loss of naturalness – its price rose significantly. Wig usage has also increased, especially among women who have lost their hair due to cancer and those who want to have a more beautiful appearance.

Wig makers said that despite increasing interest in Turkish hair, they have had trouble finding enough to meet demand.

Özgür Demir, a wig maker who has been working in Antalya for 20 years, told Demirören News Agency (DHA) that acquiring hair has become harder. He noted that in the past, some people were traveling in Anatolia and selling the hair they collected from women living in the villages to wig makers. With a lack of these suppliers nowadays, however, suppliers must contact people who want to sell their hair with the guidance of hairdressers.

"We prefer Turkish hair when making wigs. Turkish hair is more natural with its thick-stranded structure. The thick Turkish hair does not wear out due to its soft texture, and it also is preferred for its beautiful appearance. We pay about TL 10,000 for a kilogram,” he said.

According to experts, finding natural hair has become more difficult. A changing urban life, women’s preference for shorter hair and increased coloring have all contributed to a degrading of usable product. It is an unfortunate development for a country where haircare with the aid of organic methods made "Turkish hair" a lasting phenomenon.

Demir said that their sales have risen as some women do not want to dye their hair and use wigs as daily accessories.

Turkey is also a popular spot for foreigners looking for hair transplants with its expertise in such transplants. Though the coronavirus pandemic curbed business a little, the booming industry attracts a large number of people with receding hairlines or baldness to the country's top-notch transplant clinics every year.