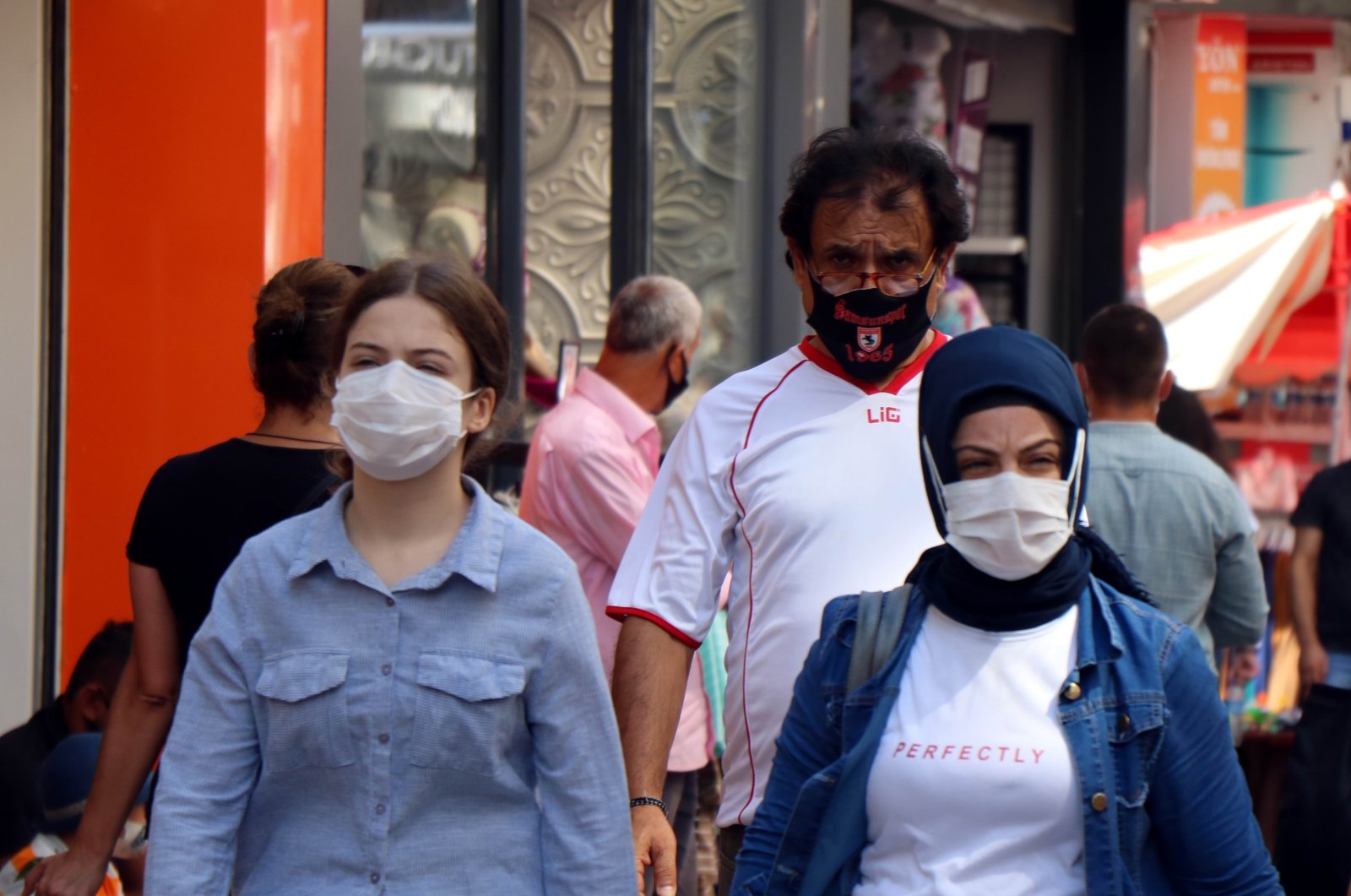 Whether its a return to school or the office, many feel gloomier than ever about the approaching fall season due to the outbreak, but experts say the health care system will help see the country through it

As summer draws to an end, many across the country are having a hard time letting go of the brief respite from the coronavirus outbreak that accompanied the arrival of the sunny season.

Gone were the days of desolate streets, with people ordered to stay at home under lockdown orders. With the first coronavirus case in the country announced on March 10, last spring did not leave fond memories for Turkey.

While Turkey had it relatively good compared with other countries, it was still depressing times. In a rush to curb the spread of the virus, Turkish authorities issued one order after another, from closing schools to banning intercity travel.

And it worked. After making it through the worst of the outbreak, the government started easing the measures, and the biggest rollback on coronavirus restrictions happened on June 1, coinciding with the start of the summer season.

Even if still under strict virus precautions, people enjoyed being able to eat out again. Some left the urban chaos for their rural hometowns or sandy beaches of resort towns. Life returned to the streets.

But now, facing the approaching fall season, many are wondering if the outbreak will come crashing back with a second wave. After all, the government has signaled its intent to open the schools, many workers are back in their offices, and flu season lies ahead like a foreboding shadow.

While experts and authorities agree that the fall season will introduce additional difficulties in the fight against the outbreak, they still believe the country’s health care system will help see Turkey through it – with a little bit of help from the citizens, of course.

Turkey’s biggest weapon in its arsenal against the virus was and is undoubtedly the expansive network of hospitals that crisscrosses the country. The hospitals and their self-sacrificing staff were what saved the country from the brunt of the outbreak during the initial phases.

The government knew it too. Shortly after the outbreak began, Ankara decided to prioritize finishing the construction of ongoing city hospitals and established new pandemic hospitals in Istanbul, the country’s worst-hit city.

In May, the government succeeded in opening Istanbul’s largest hospital to help the city’s fight. With a total bed capacity exceeding 2,500 and some 725 clinics, the sprawling complex was put into service for citizens.

Days later, Ankara further boosted Istanbul with two pandemic hospitals. One for each side of the city, both hospitals featured a 1,000-bed capacity and were built from scratch in 45 days.

And combined with the Health Ministry’s efforts to use the most effective treatment, an abundance of hospitals meant a recovery rate of above 90%.

According to Health Minister Fahrettin Koca, the total number of coronavirus cases in Turkey stood at 257,032 as of Saturday, and less than 20,000 of those remained active.

Meanwhile, with 22 more deaths on Saturday, the number of patients who passed away due to COVID-19 was reported as 6,102.

But the biggest takeaway of the data shared by Koca on Twitter – his preferred medium for sharing stats – is that a substantial number of people who contracted the virus recovered from it.

According to the minister, the number of COVID-19 recoveries stood at 236,370. That means more than 91% of those who contracted the virus since the outbreak began made a full recovery.

Another striking detail in data shared by Koca was the number of daily tests carried out.

During the initial phases of the outbreak, Turkey started out with some 5,000 daily tests and quickly raised it to about 20,000, despite a global scarcity in polymerase chain reaction (PCR) tests at the time. Still, the number was on the lower end for a country of 90 million people, and Koca said the number would be boosted as he knew extensive testing lies at the heart of the fight.

Since March 10, Turkey has carried out more than 6.2 million COVID-19 tests, making it the 11th country in the world in terms of the number of tests done, above France and Iran, two of the worst-hit nations.

But carrying out the tests to find the infected is only half of the story. The other is what to when you find them.

While the Health Ministry has been in constant contact with the World Health Organization (WHO) or ministries of other countries for any new findings about COVID-19 treatments, early decisions made by Turkish authorities have paid off in ensuring a better survival rate for patients.

Despite a comprehensive and conclusive trial still underway, Turkey quickly reacted to initial reports of a drug called favipiravir’s benefits in COVID-19 treatment.

Utilized as a treatment instead of a cure for COVID-19, favipiravir is used by many countries for treating patients, even if some still debate its usefulness.

However, during the early stages of the pandemic, the drug became scarce for a period as countries rushed to get their hands on it.

After initially importing it from China, Turkey quickly managed to arrange for local drug companies to produce it domestically, and its use in patients has played a key role in their survival, according to a member of Turkey’s Coronavirus Scientific Advisory Board.

According to associate professor Afşin Emre Kayıpmaz, data shows that the use of favipiravir in the early stages of the disease helps protect the patient’s lungs and decreases the chances of the patient developing pneumonia.

Kayıpmaz says no drug is “100% effective” against the virus, but favipiravir has proven efficient so far. “Every patient is administered favipiravir now, either at the hospitals or at home in self-isolation. It is administered both to hospitalized patients and those discharged from the hospital. It has low side effects and is cheaper due to its local production,” Kayıpmaz told Demirören News Agency (DHA) on Friday.

The drug was administered to intubated patients at first but proved more effective when administered in the early stages. Kayıpmaz said Turkey has the advantage of having adequate favipiravir stocks. “In other countries, its use is confined to intensive care patients (due to low stocks). I believe Turkey will reap the benefits of the drug's use in fighting the outbreak soon,” he said.

While authorities and experts believe Turkey has gotten through the worst of the outbreak and the fall season will not be as apocalyptic as some expect, they warn that citizens still share the responsibility for stopping the spread.

Many believe the arrival of fall, and the flu season with it, will unleash a second wave in the country, but experts argue that social distancing and proper use of masks will prevent that. Even in the case of a resurgence, the experiences learned during the initial phases of the outbreak will help Turkey keep it under control.

Professor Nur Aksakal, another member of the science board, said if used properly, masks prevent the spread of flu or cold viruses as much as they stop the coronavirus.

“Using masks, practicing social distancing and paying attention to hygiene also protects us from other viral diseases. We have witnessed a decrease in various viral diseases in countries where the rate of mask usage is high,” Aksakal told DHA.

A similar argument was made by Kayıpmaz, who said masks were great ways to stop people from sneezing infected particles halfway across the room, the most common way the flu spreads.

Kayıpmaz still urged citizens to avoid crowds, even if they took all the necessary precautions.

“For whatever reason, we must avoid crowds during a pandemic. We see people getting close to each other at weddings or on beaches. We need to avoid these situations ... Our recklessness comes back to us as new infections,” he said.