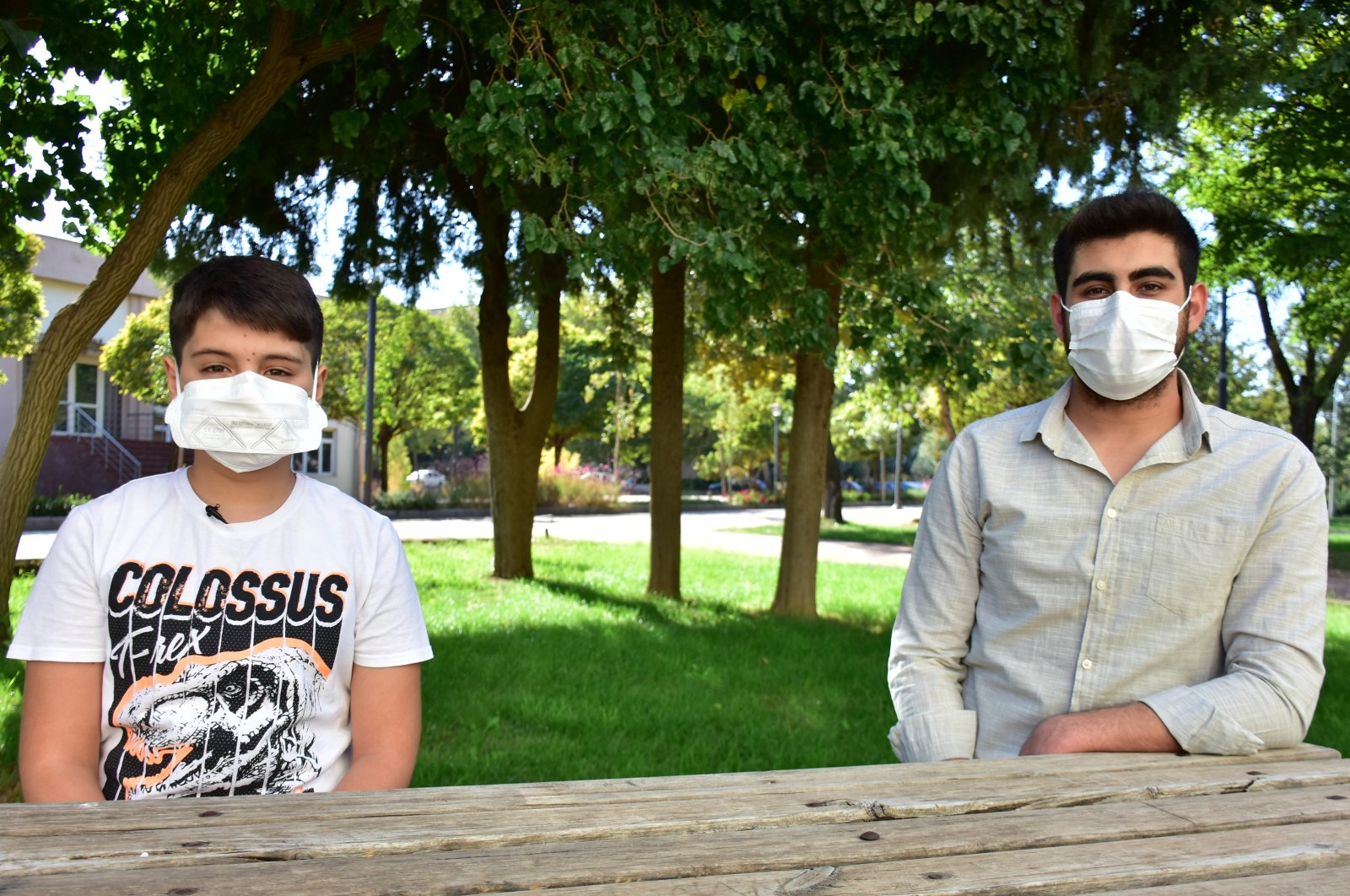 Recovered from COVID-19, two young brothers recount their plight and call people of their age to stop being reckless and follow the rules against the indiscriminating outbreak

Two brothers who beat the virus shoot down the myth that it does not infect young people less. Ten-year-old Yusuf Alperen Altunbaş and his 24-year-old brother Mehmet Emre, urge their peers and younger children to be as careful as older adults when it comes to preventive measures.

Altunbaş, who lives with his family in the southern province of Gaziantep, was taken to a hospital there two months ago over a complaint of high fever and throat ache. A subsequent test found him COVID-19 positive. His symptoms were not severe, so he was taken to quarantine at home. After a brief period when he fought fever and pains, the boy recovered thanks to drug treatment.

His elder brother, Emre, who studies medicine at university, discovered he too was infected when he was admitted to the same hospital with headache and throat ache on Oct. 9. Like his brother, he recovered in a few weeks.

The younger brother says the first days were “very difficult” and pains had become “unbearable."

"It is wrong to think that it is easier for children to recover,” Altunbaş told Anadolu Agency (AA) on Monday. “It can be difficult or easy. You can’t know. Your age or health does not matter,” he said. The boy called on everyone to be careful about wearing masks, not to get too close to others and frequently wash their hands. “Parents should be careful. If their children don’t wear masks, they should make sure they do,” he warned.

Altunbaş counts himself lucky as he was not “intubated.”

“I was lucky to be at home and recover easily. But it could happen the other way, it could have been worse. Children of my age should have it the other way. But they may protect themselves by only wearing a mask,” he said.

Emre says it was only on the ninth day after he was first diagnosed with the virus that symptoms started declining. He had lost his sense of smell on the fourth day of the disease.

“If you live with your family like me, you have to be very careful. Wear your mask properly. Put it on your face, not on your arm or neck,” he warned. The young student says people also fail to adapt to social distancing and “go arm in arm” while outside. “It is said that young people do not suffer much. It is not certain. Sure, there were times without any problems, but headaches have been troubling for me. It can be seen as a simple symptom, but it is not what it seems. You better be careful and not get infected at all,” Altunbaş said.

Since the start of the outbreak, Turkey reported more than 361,000 patients while the number of people recovered from the virus reached more than 314,000. The total death toll stands at 9,799. The total number of tests, being conducted since March, exceeded 13 million.

The pandemic’s first victims in Turkey were elderly citizens but it soon spread across to other age groups. Professor Mustafa Necmi Ilhan, a member of the Health Ministry’s Social Sciences Board, says the rate of patients between the ages of 15 and 49 rose to 60% recently. Ilhan told Demirören News Agency (DHA) earlier this month that people above the age of 50 now constitute less than one-third of newly diagnosed patients. “People between the ages of 15 and 49 pose a great risk and they infect more people. These people tend to go out more and observe rules less,” he warned. Ilhan stated that elderly citizens were more compliant with rules. He complains of a false misconception that the virus is “a disease limited to elderly people."

"The elderly people suffer most from symptoms, but this does not mean it does not affect younger people,” he warned.