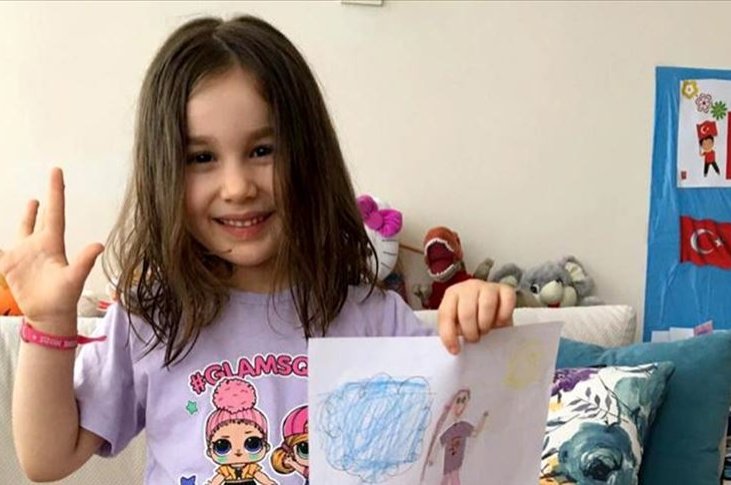 Five-year-old Ece Boyacıoğlu, who became a poster child for a campaign to fund the medicines needed to treat spinal muscular atrophy, is slowly recovering, as her family rallies for gene therapy access for patients

Ece Boyacıoğlu was only 16 months old when she was diagnosed with spinal muscular atrophy (SMA), a rare genetic disease affecting the muscles. She is the first recipient in Turkey of Spinraza, a drug used for the treatment of the disease, and one year later, her gradual recovery began. Boyacıoğlu, who lives in Istanbul, can now slowly walk and swim. Her family, who launched a campaign for her access to expensive drugs three years ago, continues raising the government's awareness of the needs of patients.

Boyacıoğlu had access to the drug thanks to a donation campaign launched three years ago, and the medicine restored her health over time, first enabling her to walk briefly without support and now to swim.

Her parents, both doctors, fought tirelessly to find a cure for their daughter, but it was ultimately a campaign launched by Boyacıoğlu’s aunt that made waves in Turkey and opened the floodgates of financial support.

“She wasn’t able to stand up and could not walk comfortably when she was 1.5 years old,” said her mother, Nur Elçin Boyacıoğlu. “We were worried when she was diagnosed with SMA but did everything for her treatment. There were no drugs available at first, and in time, she stopped walking,” she recounted.

The donation campaign helped the family to collect TL 2 million (around $272,000) in six weeks and raised awareness of the plight of patients unable to afford the pricey medication. The campaign eventually led SGK to include it on the list of drugs whose costs are covered by the state.

Patients are now pursuing access to gene therapy through a drug not yet approved by Turkey. “We are excited to hear developments that gene therapy helps patients to walk. Currently, families of 40 patients in Turkey are running a campaign for access to this therapy. We want to voice of families to be heard. We have special children in dire need,” Nur Elçin Boyacıoğlu said.

The girl's father, Kamil Boyacıoğlu, said on Friday that the campaign for his daughter stirred up awareness and ultimately led to families gaining access to drugs they could not afford. “We witnessed that the drug worked for Ece, at least, it stopped the illness. Once you are diagnosed, it is an uphill battle, but Ece was saved from lapsing into a worse condition. We hope she will get better. She can swim alone now and came a long way from being unable to walk without support,” he said.

Kamil Boyacıoğlu said that they and other families of patients now await the availability of Zolgensma in Turkey. Zolgensma, approved by the U.S. Food and Drug Administration (FDA), costs around TL 15 million, he said. “We believe Turkey is a strong, great country which can cover this cost for patients,” he said.

Zolgensma by Swiss drugmaker Novartis is among the world’s most expensive medications. The company announced earlier this year that a lottery would be held for free supply of the drug to one child every few weeks.

Although most SMA patients can be prescribed Spinraza, the world's first approved SMA medicine, some do not respond to this drug. U.S. health authorities gave the green light for the alternative product Zolgensma on May 24, 2019. Many families have started funding campaigns to finance the costly therapy. It still has not been approved in Turkey or Europe. Novartis said it came up with the lottery scheme because it wanted to make the drug available around the world as fast as possible, beyond the 200 children who have received it so far in the U.S., a company spokesperson said.

“It is better to start treatment in SMA as early as possible to prevent muscular losses. They need uninterrupted access to the treatment,” Kamil Boyacıoğlu said.