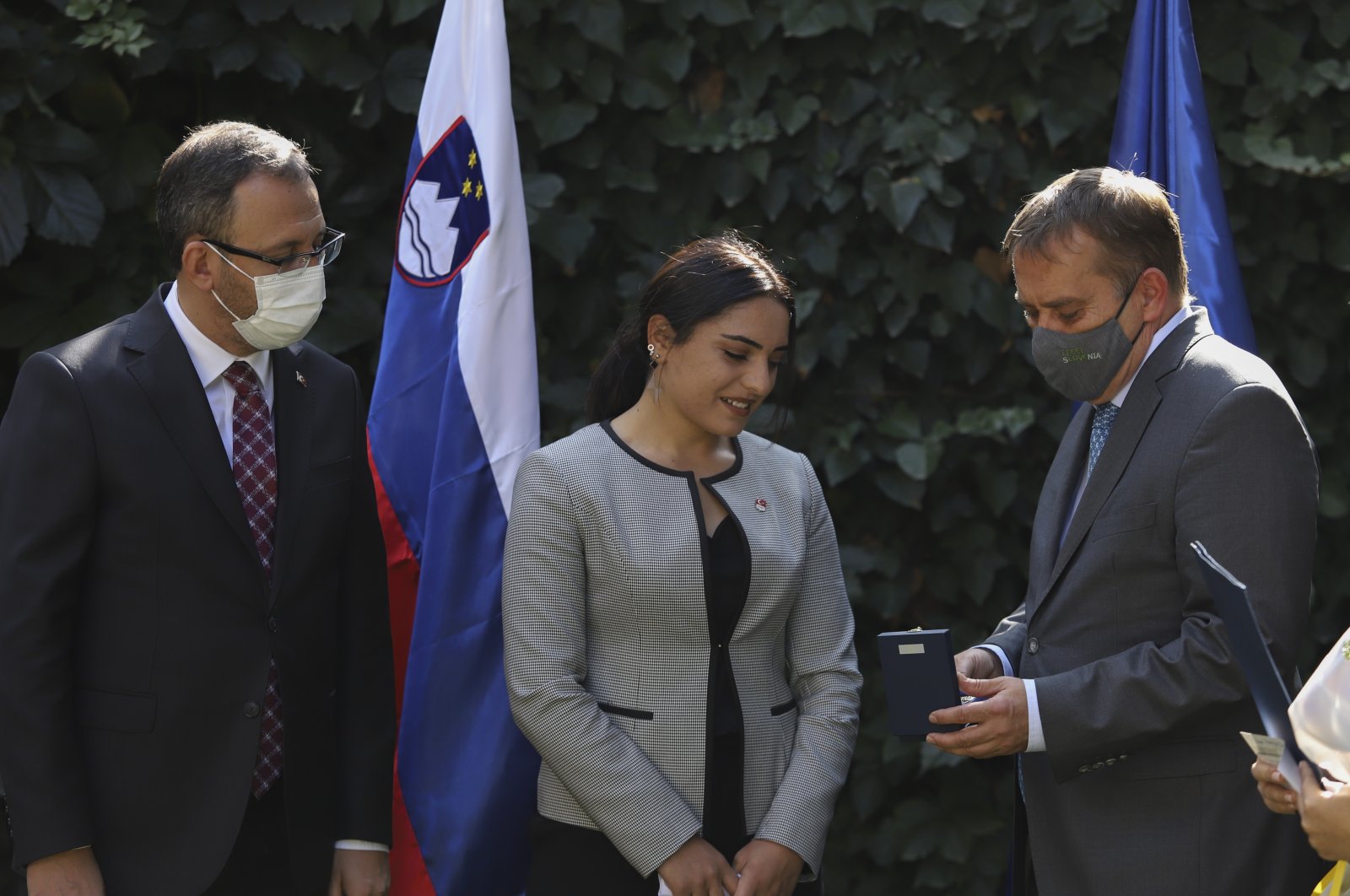 Slovenian police presented a medal of “selflessness” to Sıla Kara, a 19-year-old professional skier who saved the life of a child in the country in February.

The medal was handed to Kara on Thursday at the Slovenian Embassy in the capital Ankara in a ceremony also attended by Turkey’s Minister of Youth and Sports Mehmet Muharrem Kasapoğlu.

National alpine skier Kara was in Slovenia’s Krvavec ski resort on Feb. 12 for an international competition. She was aboard a chairlift that would take her uphill for a warmup when a 12-year-old boy sitting next to her lost his balance and was about to fall. The boy managed to grab Kara and the skier held onto him for 15 minutes as the boy was dangling in the air before rescue crews arrived at the scene and pulled the boy to safety.

Speaking about the incident to Anadolu Agency (AA), Kara said the boy panicked once he fell off the chairlift. "I threw my ski poles and took off my gloves with my mouth. When I took them off, he cried and shouted, 'Please hold me with both hands,'" Kara said, adding that she held onto the boy with both hands for approximately 15 minutes. She said the ski patrols and ski resort staff arrived at the scene, and she let the boy fall on the safety net. "I went down to check the boy, and they (patrol officers and staff) told me he was in good condition and didn't have any problem," Kara said.

Kasapoğlu said at the medal ceremony that Kara exhibited “a meaningful behavior in the name of the spirit of sports and humanity.”

Kara said at the ceremony that as a Turkish athlete, she was raised with “tolerance” for other people and serving society and humanity throughout her lifetime.