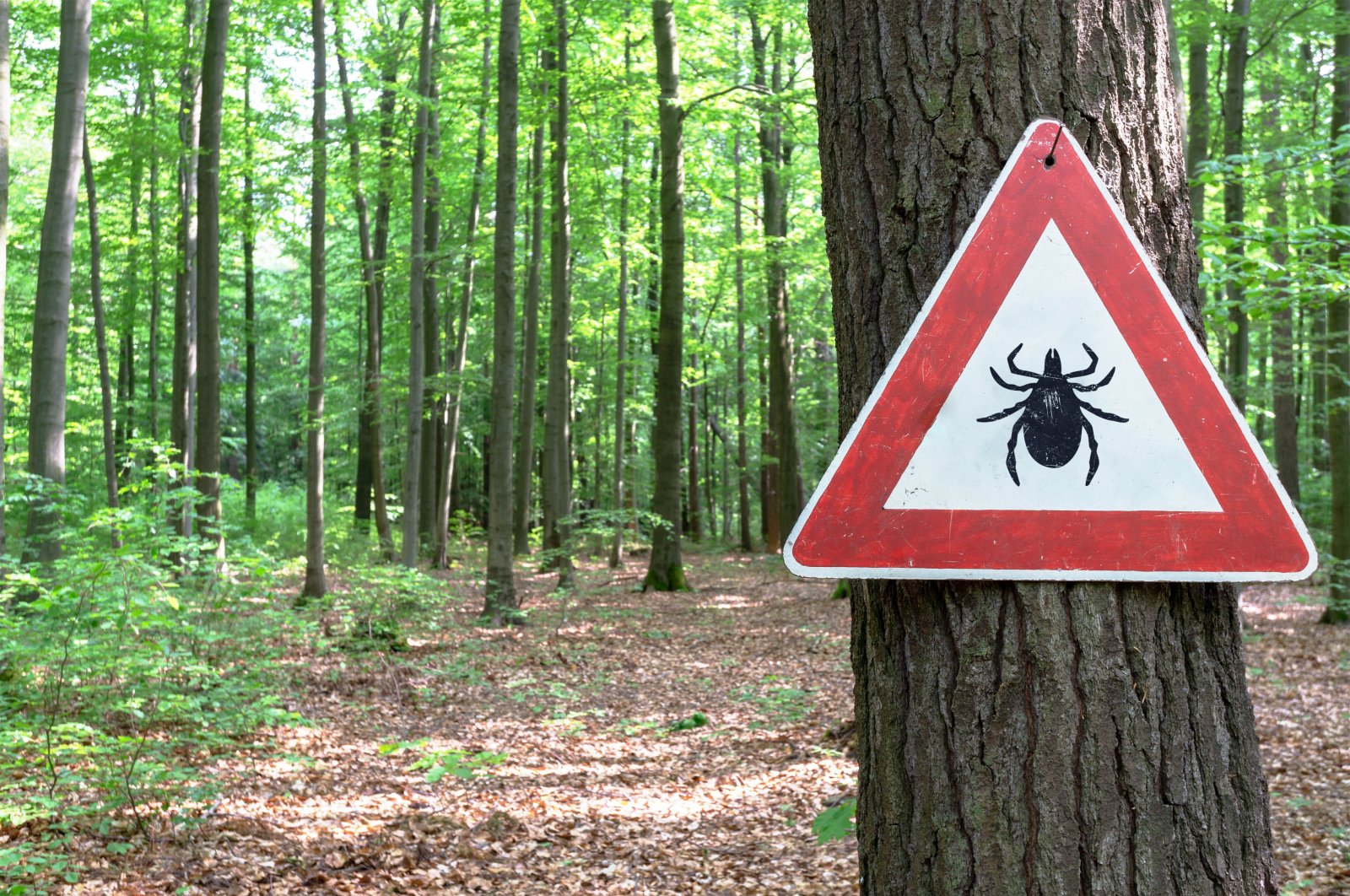 Ticks are carriers of the Crimean-Congo Hemorrhagic Fever disease that commonly affects people in rural areas or those spending time in green spaces without proper protection. (Shutterstock Photo)
by DAILY SABAH May 31, 2021 6:02 pm
RECOMMENDED

The Health Ministry announced Monday that Crimean-Congo Hemorrhagic Fever (CCHF), a zoonotic virus, claimed 13 lives across the country amid the coronavirus pandemic, so far this year. The ministry noted that the fatality rate from the tick-borne disease had noticeably dropped to 3.28% last year, from 5.64% in 2018.

The ministry’s figures quoted by Anadolu Agency (AA) show 243 cases reported this year across the country.

CCHF is a widespread disease that is caused by a tick-borne virus (Nairovirus) of the Bunyaviridae family that results in severe viral hemorrhagic fever outbreaks. Animals are carriers and tick bites or contact with blood or body fluid from an infected person or animal can spread the virus. Common symptoms of the disease are fever, headache, general body pain and fatigue.

The disease is common in more than 30 countries, particularly in the Middle East, Asia, Eastern Europe and Africa. The Health Ministry says up to 25% of those infected with the virus contract the disease in other countries and in some, it is up to 80% while it is only up to 5% in Turkey.

CCHF cases are concentrated in the northern parts of central Anatolia, where the country’s agricultural hubs are located, in the central areas of the Black Sea region at the north of the country and north of the eastern Anatolia region.

The Health Ministry has guidelines in place for health care staff tackling cases, while a monitoring system tracks patients and ensures proper isolation. The Ministry of Agriculture and Forestry also runs programs to eradicate the tick population in provinces where clusters of cases are reported. The government also conducts awareness campaigns in rural areas where cases are more common to inform citizens about the disease, how to protect themselves from CCHF and other measures they can take.

Experts urge people to wear protective clothing, covering all bare parts of the body and avoid areas with a risk of ticks such as farms, orchards, forests, picnic spots, fields, etc. It is recommended to tuck trousers into socks while going to such places. It is also recommended to wear light-colored clothes to spot ticks more easily.

Experts say the body should be checked for ticks after returning from high-risk areas, and the tick should be removed with the aid of a glove or similar material instead of bare hands. If it cannot be removed, the nearest hospital or clinic should be visited.

It is also important not to touch any fluid or tissue from animals with bare hands.