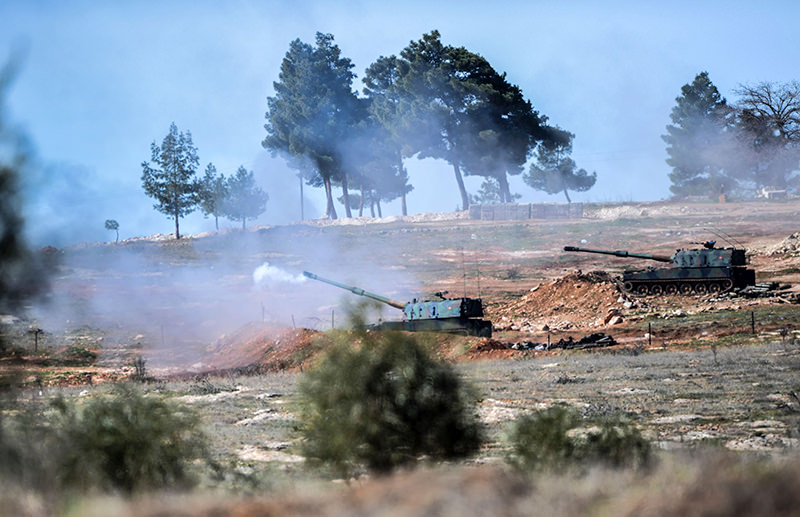 According to the military, the Turkish border province of Kilis was shelled on Thursday at 07:30 p.m. by "YPG/PYD" forces wich prompted the 'necessary response' .

The strike on PYD/YPG positions using howitzers stationed on the Turkish side of the border were made "in retaliation, within the rules of engagement".

Previously, the military shelled YPG targets near the town of Azaz in northern Syria on Feb. 13, under the rules of engagement and in response to two seperate attacks carried out by YPG and Assad forces on a Turkish military base and a police station.

Ankara considers the Syrian Kurdish Democratic Union Party (PYD) and its YPG militia to be branches of the PKK which has waged decades-long terrorist attacks against the Turkish state, and is recognized as a terrorist organization by the U.S., and the E.U.

Earlier on Saturday, Prime Minister Ahmet Davutoğlu said that if the PYD poses a threat against Turkey, the Turkish army will strike them, and expects Turkey's allies 'to stand on our side.'

The group was not invited to the talks by the UN's special envoy for Syria who called the meeting.

Turkey was shaken by the deadly terror bombing that rocked Ankara Wednesday, which claimed the lives of 28 and injured 81.Prime Minister Ahmet Davutoğlu had announced earlier Thursday that that the deadly attack was carried out by a YPG suicide bomber from Syria in collaboration with the PKK terrorist organization.

The attack was carried out by a Syrian national named Saleh Nejar (24), who was born in Syria's Hasakah province.
Last Update: Feb 19, 2016 4:54 pm
RELATED TOPICS