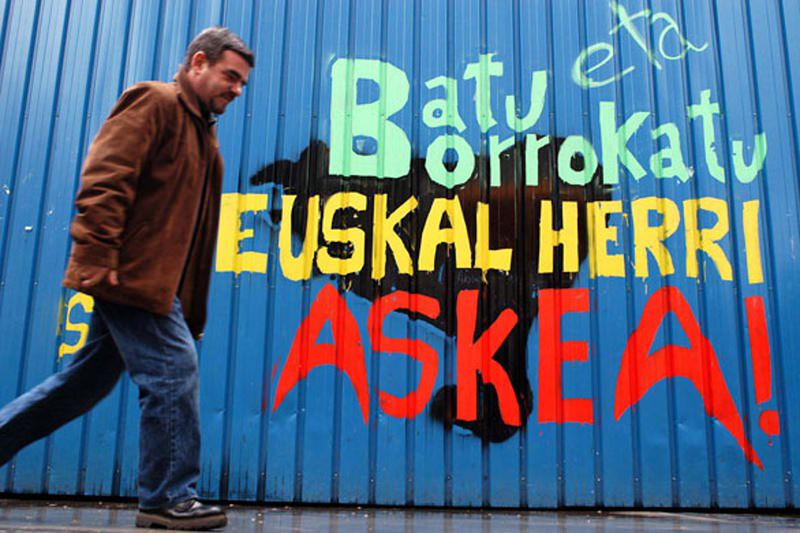 by Daily Sabah Feb 24, 2016 12:00 am
Amid growing criticism of the pro-Kurdish Peoples' Democratic Party (HDP) and speculation surrounding the party's potential closure, comparisons with the now-defunct Spanish Batasuna party have been brought up.

Batasuna was a Basque nationalist party based mainly in Spain that was banned in 2003 after a strongly contested court ruling declared that the party was financing the Euskadi Ta Askatasuna (ETA) with public money. Batasuna is included on the EU's list of terrorist organizations as a component of the ETA, like the PKK.

Batasuna lawyers took the case to the European Court of Human Rights (ECtHR). After a long legal inquiry, in July 2009 the ECtHR backed the Spanish rulings banning Batasuna and its proxies. The ECtHR said that disbanding the parties was a response "to a pressing social need" given their ties to the ETA. "Given the situation in Spain for several years regarding terrorist attacks, these ties can be considered objectively as a threat to democracy," the court said, also adding that these parties "contradicted the concept of a 'democratic society' and presented a major danger to Spain's democracy."

With the HDP being closely affiliated with the PKK and its deputies acting as militants of the terrorist organization, the debate over whether the party should be closed is a hot topic again.
RELATED TOPICS