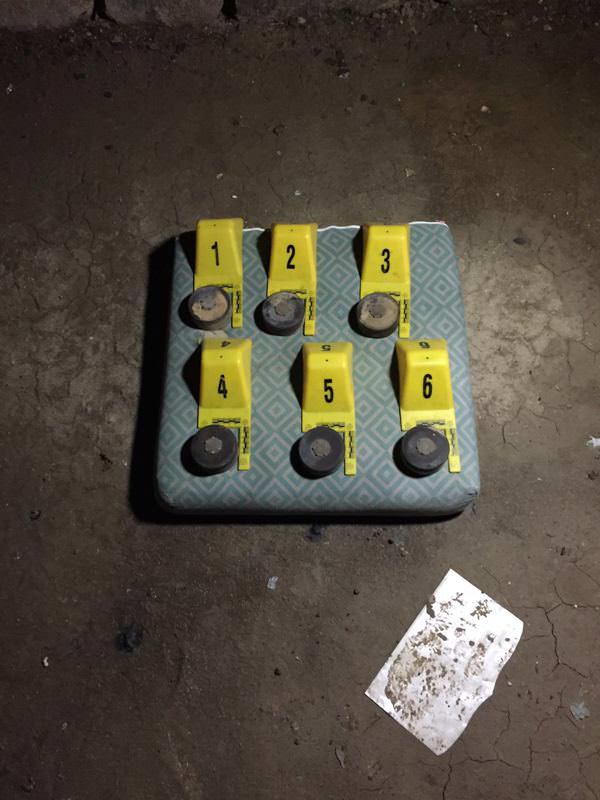 by Daily Sabah Mar 03, 2016 12:00 am
Security forces have seized several mines during an operation against the PKK terrorist organization in Doğubeyazıt district of Turkey's eastern Ağrı province, military sources said on Thursday.

Security officers raided a previously determined address where they discovered eight German DM-11 Anti-personnel Blast Mines prepared as a trap under the carpets.

The mines were securely detonated by the security officers, sources said.

In addition, a large number of documents related to the PKK terror organization were also seized at the house owner's brother's address. Both brothers have been detained by the authorities.

The DM-11 Anti-Personnel Blast Mines are German made and require about 10 kilograms of pressure for explosion.

Intelligence and security experts indicate that in its attacks against Turkish security forces after ending the cease-fire on July 11, the PKK has been using ammunition that can be traced back to some of Turkey's allies, including Germany, Italy, the U.K. and U.S. In addition, experts claim that the PKK had been amassing ammunition and arms during the two-year cease-fire, exploiting the reconciliation process initiated to halt the conflict, which has been ongoing for more than 30 years.

Formed in 1978, the PKK had been fighting the Turkish government for an independent state until the early 2000s. The group then shifted its goal to autonomy in the predominately Kurdish regions of Turkey.
Last Update: Mar 04, 2016 9:31 am
RELATED TOPICS