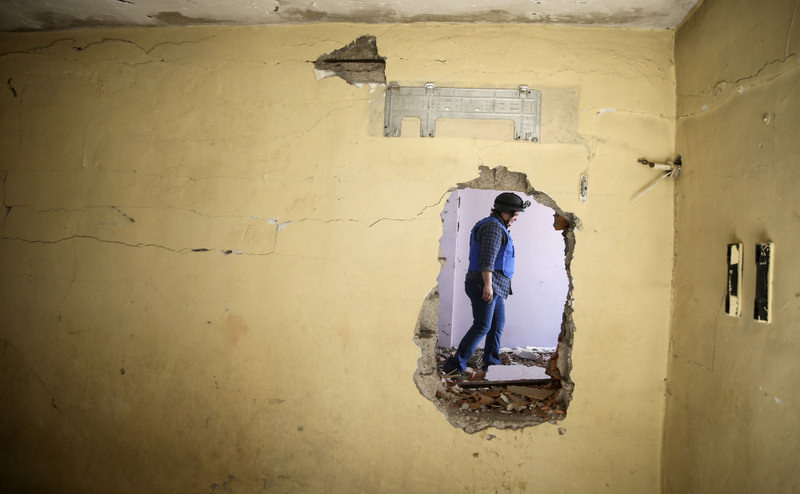 According to a report presented to the Interior Ministry, the PKK plan to establish de facto autonomy in the southeast collapsed with the successful security operations

A security report presented to the Interior Ministry revealed that a plan by the PKK terrorist organization to create de facto autonomous cantons in districts of southeastern Turkey has failed, due to successful operations by the Turkish security forces. Just weeks after the PKK unitarily ended a two-year ceasefire last July and began to kill Turkish security forces, the Kurdish Communities Union (KCK) – an umbrella organization that includes the PKK – declared the autonomy of some districts in Turkey's southeastern provinces. In a statement on August 12, the KCK said that people's assemblies in Silopi, Cizre and Nusaybin had declared that they would not recognize any state institution and would "exercise their legitimate right to self-defense if [their] self-governance is attacked."

"This is not Syria, no one can declare cantons on their own volition. The administration system of a democratic country, a state of law [and] how to advance is clear," Prime Minister Ahmet Davutoğlu was quoted as responding. Since then the Interior Ministry has occasionally declared curfews in order to allow security forces to capture the PKK terrorists and clean the districts from explosives and booby-trapped ditches; seeking to ensure the security of life and property of people. According to official figures, operations in the southeastern districts of Sur, Cizre and Silopi have eliminated more than 800 terrorists since mid-December, while 260 security forces lost their lives. The security report also revealed that since the curfew began in the southeast districts, security forces have seized 12.6 tons of explosives, 214,500 bullets, 1,250 grenades, 65 rocket launchers, 78 rifles and 1,614 pistols. The report states that local mayors from the Peoples' Democratic Party (HDP) have openly supported the militants of the YDG-H youth branch of the PKK with vehicles to dig trenches and build barricades. The report also indicates that approximately 2,100 trenches and barricades have been cleared during the operations.

To date, 20 local mayors and about 60 councilors have been relieved of their duties following their expression of support for terrorists. Following the imposition of a weeks-long curfew in the district, security forces have cleared the region of PKK tunnels and filled ditches previously dug by the PKK, inflicting heavy losses on the terrorist organization.

The report also claims that due to heavy losses and a lack of grassroots support, the PKK's plan to create de facto autonomous cantons has failed. The security forces expect that the PKK will call for "insurrection" in the southeastern provinces on March 21 during the Nevruz festival. However sources believe that the PKK's call will be ineffective, given low public support for their previous calls.
RELATED TOPICS