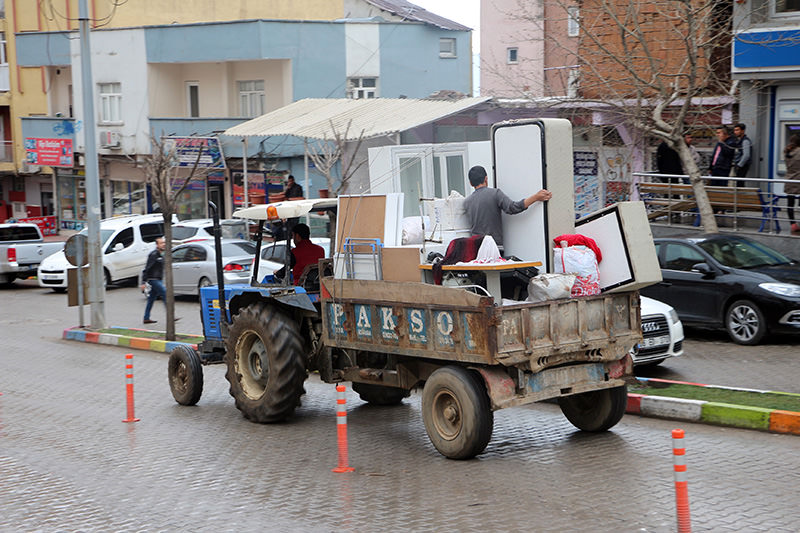 The citizens of Şırnak became the newest victims of the latest PKK terror campaign that has been wrought on the city and town centers of Turkey's predominantly Kurdish southeast.

Speaking to state-run Anadolu Agency (AA) on Wednesday, a security source said that 50,000 people have fled their homes in the city of Şırnak over the past week.

The flow of people leaving the provincial capital, which previously had a population of around 63,000, came after the imposition of a round-the-clock curfew on Monday evening as security forces prepare to carry out a counterterrorism operation against the PKK.

The source, speaking on the condition of anonymity due to restrictions on talking to the media, said authorities estimate more than 500 PKK terrorists are currently operating in the province, which borders Syria and Iraq.

The PKK has also set up at least 500 roadblocks and ditches manned with armed militants and explosives, added the source, telling AA there were fears the PKK would use civilians as human shields.

Ahead of the operation, which is the latest in the southeast since the PKK resumed its armed struggle in July, security forces checked civilians leaving the city, parts of which have been sealed off.

In a statement, the provincial governor's office said the curfew had been imposed to catch PKK members and destroy obstacles.

Anti-terror operations were recently completed in other districts of Şırnak, such as Cizre, Silopi and İdil, causing hundreds of thousands to flee for their lives. Often, the evacuees return to towns devastated by armed clashes after the fighting.

Fresh actions were also announced on the weekend in the neighboring Mardin and Hakkari provinces.

Since the PKK, which is listed as a terrorist organization also by the U.S., and EU, resumed its 30-year armed campaign in July 2015, more than 290 members of the security forces have been killed in addition to dozens of civilians caught in the crossfire. The PKK's losses are estimated at around 4,000 militants.