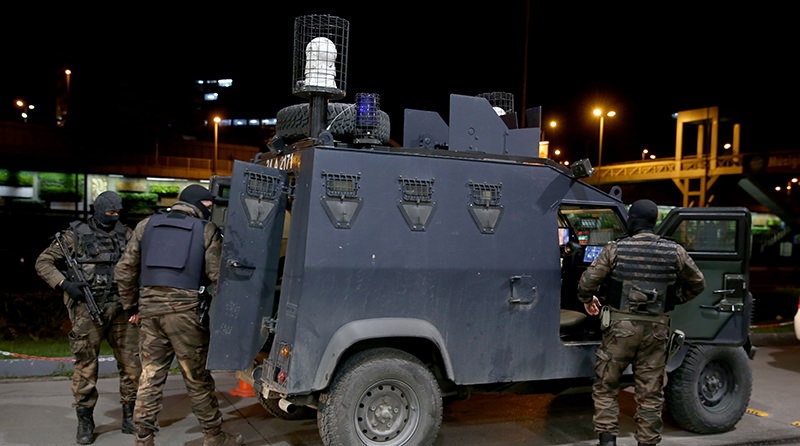 Police on Wednesday detained 73 PKK terrorist suspects, including lawyers, in an anti-terror operation throughout the country.

In southern Kahramanmaraş province, police detained 16 people, including a number of students, in anti-terror operations against the PKK and its youth wing.

As a part of Kahramanmaraş-based operation, four people in Istanbul, Elazığ, Gaziantep and Şanlıurfa provinces were also detained.

Additionally, police detained six people in the capital Ankara and eight other in western Bursa province.

Meanwhile, in the western Manisa province, police detained 10 people in an anti-PKK operation.

The operations follow a deadly terrorist attack in the capital carried out by the PKK and claimed the lives of 35 civilians.

The Interior Ministry said in a written statement on Tuesday that the suicide car bombing in Ankara was conducted by 24-year-old Seher Çağla Demir. She joined the PKK terrorist organization in 2013 and was allegedly trained by the People's Protection Units (YPG) in Syria.