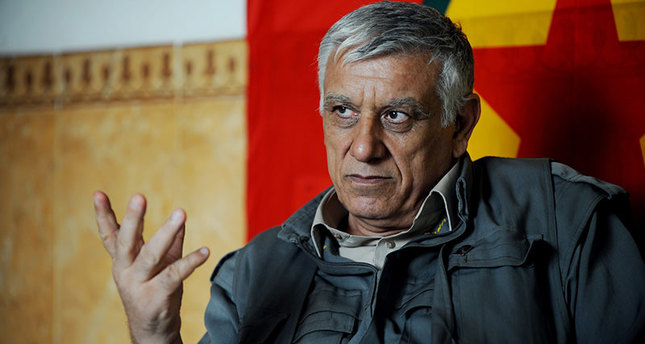 The Ankara Chief Public Prosecutor's Office asked on Sunday the Justice Ministry to request an Interpol red notice for senior operatives of the PKK terrorist organization.

Turkey further requested an investigation into their assets, bank accounts and the confiscation of their properties.

In May 2015, a detention warrant was issued by an Ankara court for 49 PKK members including the six aforementioned senior operatives for "disrupting the unity and territorial integrity of the Turkish state."

The PKK announced on July 11, 2015 that the cease-fire between the Turkish government and the group had ended.

After a Daesh supporter killed 32 activists in southeastern Suruç on July 20, the PKK blamed the Turkish state for "cooperating with Daesh terrorists" on baseless allegations and sabotaged the peace process, killing two policemen in Ceylanpınar district of southeastern Şanlıurfa province.

Despite the so-called discourse of the organization, it is observed that they have not given up its 'independent state' dream, and this situation has not changed under the leadership of Cemil Bayık and Murat Karayılan.

The PKK is trying to earn sympathy from the international arena by appearing like they are assisting international coalition forces that are fighting Daesh in Syria through its affiliates the PYD and YPG.