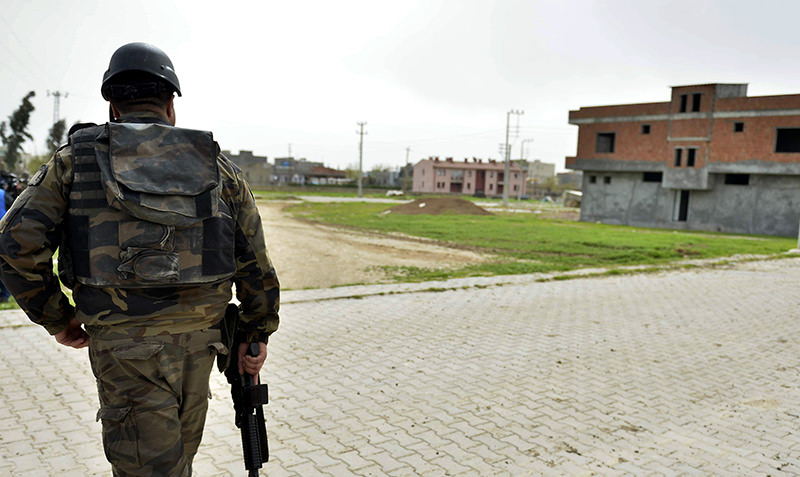 Security operations killed 26 PKK terrorists in southeastern provinces, such as Şırnak, Hakkari and Mardin, according to a Turkish General Staff statement on Wednesday.

The statement clarified that nine terrorists were killed in the Nusaybin district of Mardin province, nine in Şırnak and eight in the Yüksekova district of Hakkari province.

As the death toll for the terrorist organization rose to 54 in Nusaybin, 12 handmade explosives were also destroyed, meaning a total of 149 explosives have been destroyed in Nusaybin since the beginning of operations.

In the Yüksekova district of Hakkari province, while 65 terrorists have been killed since the beginning of operations there, the total number of destroyed handmade explosives rose to 34.

In the Ceylanpınar district of Şanlıurfa province, six PKK and Syrian-affiliated Democratic Union Party (PYD) militants were caught and detained during searches by security officers.

In Bitlis province, six terrorist havens were discovered, and security forces seized one Kalashnikov, one grenade, five Kalashnikov magazines and 150 bullets, along with other terrorist equipment. During operations in the Nazımiye district of the eastern province of Tunceli, five gas cylinders and several documents related to the terrorist organization were captured.

A joint counterterrorism operation between the Turkish Armed Forces (TSK) and local police forces aims to capture PKK terrorists, dispose of planted explosives, fill in ditches and remove barricades, following the declaration of a curfew in the southeast on March 14.

Since then, around 300 members of the security forces have been martyred, and thousands of PKK terrorists have been killed in operations in Turkey and Northern Iraq.