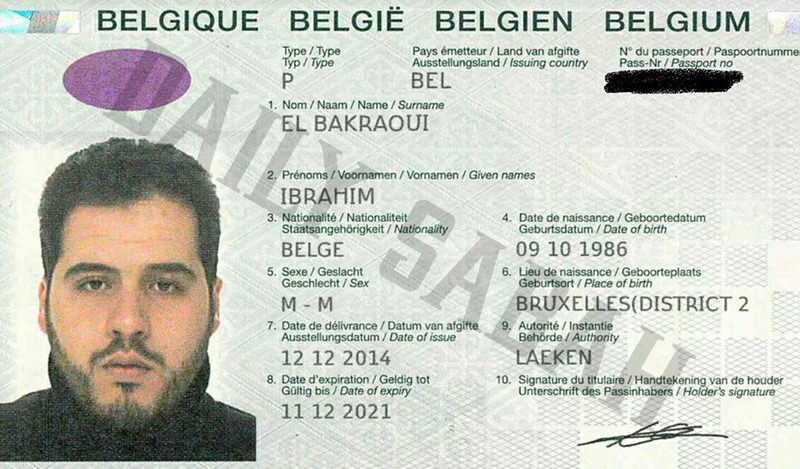 Speaking to Daily Sabah, the senior official said Thursday that the Brussels attacks suspect was only deported once in July 2015 and was captured in southeastern Gaziantep province.

The official added that it was another Belgian national, who was born in 2006, with the same name and a different passport number who entered Turkey on July 8, 2015 and had left on July 25, 2015.

Also on the matter, President Erdoğan said Wednesday: ''Belgian embassy was notified on July 14, 2015 about the deportation of the attacker, who was later released in Belgium,'' and added that Belgium could not find terror links with the suspect, despite Turkey's warnings.

Dutch authorities confirmed Thursday that a man wanted for the attacks in Brussels had been expelled by Turkey and sent to the Netherlands last year.

"The Turkish authorities requested Ibrahim El Bakraoui to leave the country and put him on a flight from Istanbul to Amsterdam on July 14, 2015," Dutch Justice Minister Ard van der Steur said in a statement.

​​Meanwhile, security officials said that during the operations four Daesh suspects were arrested, among which two were Turkish citizens while the other two were foreign nationals, including Ibrahim El Bakraoui. The two Turkish citizens are still kept in custody as part of anti-Daesh operations, while the foreign nationals were deported from Turkey, security officials added.

The Reuters report stated that one of the attackers in the Brussels suicide bombings, Ibrahim El Bakraoui, was deported from Turkey twice last year.

The first official said Ibrahim El Bakraoui's initial deportation in July had been based on police suspicions that he was a militant fighter, but no crime was committed in Turkey, describing his expulsion as an "administrative deportation".

"The police were looking at him and came to the conclusion that he may be a foreign fighter. He was picked up in Gaziantep," said the official, declining to be named because of the sensitivities of the case.

Bakraoui is one of two brothers named by Belgium as responsible for the attacks that killed at least 31 people in Brussels on Tuesday and were claimed by Daesh. Both brothers are believed to have died in the attacks.

The second Turkish government official told Reuters that Bakraoui had entered Turkey for a second time on Aug. 11 though Antalya airport on the Mediterranean coast and was again deported two weeks later, on Aug. 25.