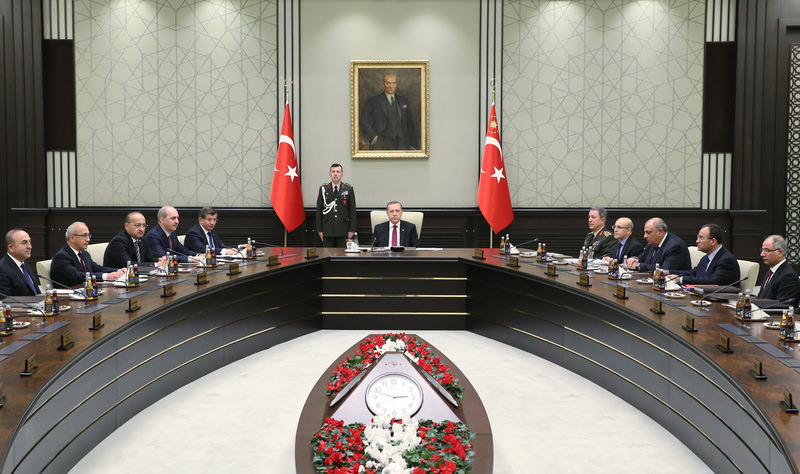 The National Security Council (MGK) has reiterated the need to establish a safe zone in northern Syria in the interest of establishing peace in the war-torn country and fighting global terrorism.

Days after the recent wave of suicide attacks in Ankara, Istanbul and Brussels, the MGK gathered under the chairmanship of President Recep Tayyip Erdoğan in Ankara on Thursday and released a written statement focusing on Syria and counterterrorism efforts.

According to the statement, Turkey's offer to create a zone in Syria is the "right and significant" solution.

The council called on the U.N. and international community to take more responsibility in order to ensure stability in the region.

It emphasized that terrorism constitutes a threat without making any discrimination on religion, language, race and nationality.

It once again reiterated that Turkey will "resolutely" fight against any terror threats.

The statement also said Turkey's proposal, supported by the EU, on resolving the refugee issue should be implemented "as soon as possible."

Turkey has the largest number of Syrian refugees in the world and has spent more than 7 billion euros ($7.7 billion) on meeting their needs.

Syria has remained locked in a vicious civil war since early 2011, when the Syrian regime cracked down on pro-democracy protests with unexpected ferocity.

Since then, more than 250,000 people have been killed and more than 10 million displaced, according to U.N. figures.