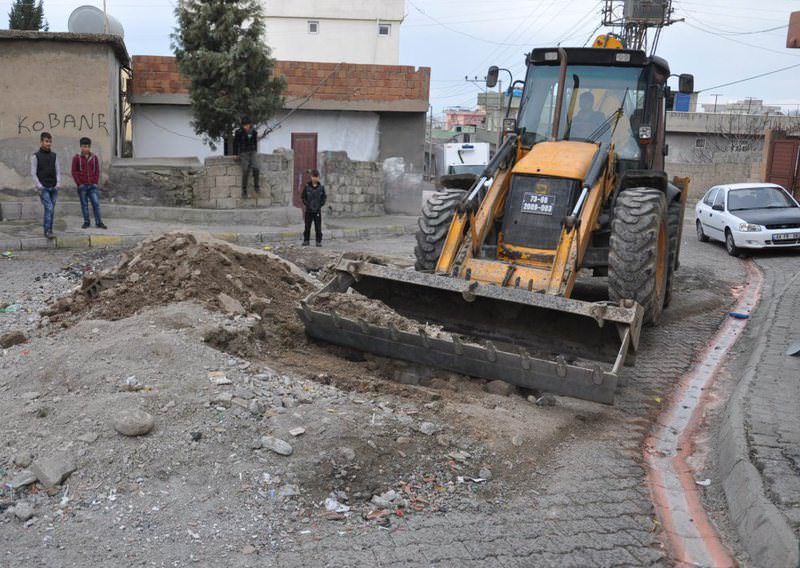 Following consecutive incidents that saw HDP and DBP mayors helping PKK terrorists in Turkey's southeastern provinces, the government plans to prevent this with the new reform package that will soon be approved by PM Davutoğlu

Accused of aiding and abetting the PKK by providing it with heavy equipment belonging to their municipalities, mayors from the Peoples' Democratic Party's (HDP) regional affiliate Democratic Regions Party (DBP) may be discharged following a new reform package, ruling Justice and Development Party (AK Party) Deputy Chairman Mehmet Özhaseki told a group of journalists on Wednesday.

"Those who [practice] misconduct or do not performs their duty are cautioned and given time. The other is a whole different thing, because when it comes to terror, everything is over, there is no democracy," Özhaseki said in response to a question regarding DBP municipalities, adding that the Interior Ministry and governors will decide who will replace discharged mayors.

A draft for the aforementioned regulation is complete and will be presented to Prime Minister Ahmet Davutoğlu soon, Özhaseki further said. He added that it still remains a question whether Davutoğlu will approve the draft.

Deputy Prime Minister Numan Kurtulmuş had said in early January that any local municipality facilitating terror acts in the southeast would face the law.

Southeastern municipalities administered by the DBP have been accused of aiding and abetting the PKK's urban war strategy. Heavy equipment belonging to the municipalities was allegedly provided to PKK terrorists, according to reports.

According to a Van Police Department report covering the period between Aug. 9 and Aug. 18, 20 cell batteries, 100 kilograms of ammonium nitrate and other chemicals used for bomb making were found in a truck belonging to Van Municipality.

There have recently been claims that DBP municipalities have provided assistance to the PKK by digging trenches and establishing roadblocks to claim control over cities.

In Siirt province, a DBP municipality reportedly dug up roads to enable PKK terrorists to plant mines and then repaved it afterward so the PKK could detonate the mines when vehicles belonging to the military passed by.

Residents in the Gürbüz neighborhood of the Hani district in southeastern Diyarbakır province said the municipality, which is governed by the DBP, cut off water and did not collect garbage after the Nov. 1 elections. "Everywhere is covered in garbage. They have this attitude because they failed to get what they want in the elections," one tradesman in the neighborhood said, adding that the municipality has deprived people of routine services.

"When we demanded the removal of manure, officials from the municipality said: 'Those who you voted for shall remove them.' What have we done to be denied services? They are doing this because we did not vote for the HDP," another local said.
RELATED TOPICS