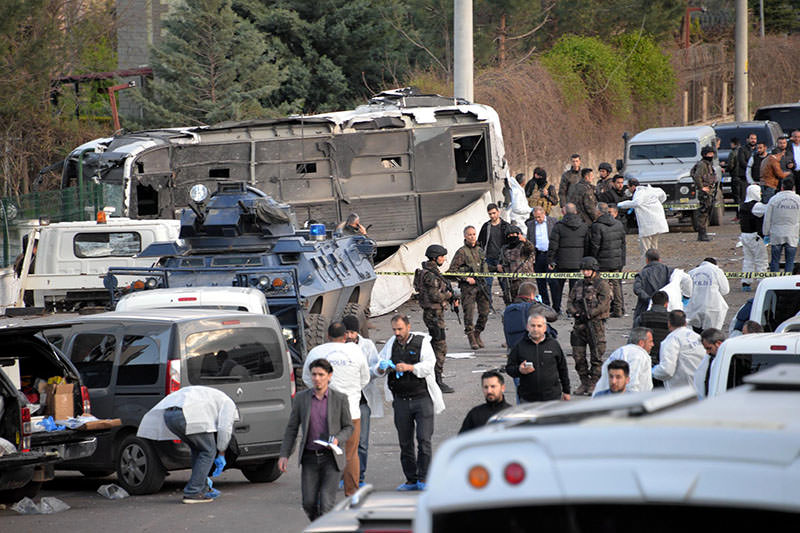 Security forces have detained the perpetrator of Diyarbakır car bomb attack which had killed seven police officers and wounded 27 others on Thursday, a day before the Prime Minister Ahmet Davutoğlu was due to visit the southeastern city.

The terrorist identified with the initials A.Ç is said to have been caught late Friday in Diyarbakır's Kocaköy district in a counter-terrorism operation.

The terrorist was previously filmed by security cameras while parking a car laden with explosives at the scene of the attack, which was later detonated by remote control while a minibus carrying the police officers was passing by.

Numerous cars near the explosion site, the intercity bus terminal and other buildings were damaged as well.

The HPG, the armed wing of PKK terrorist group, claimed responsibility for the attack on Friday.

Authorities arrested nine people in connection with the bombing.

Separately, the PKK late on Friday used a car bomb to strike a military outpost near the town of Kızıltepe by the Syrian frontier. One civilian was killed and 13 people wounded, including three children and two soldiers.

A police officer from a combat unit was killed on Saturday in Yüksekova near the Iraqi border, where security forces began operations and imposed a round-the-clock curfew on March 13.