PM Davutoğlu: Turkey will continue its ‘fearless' efforts against terrorism 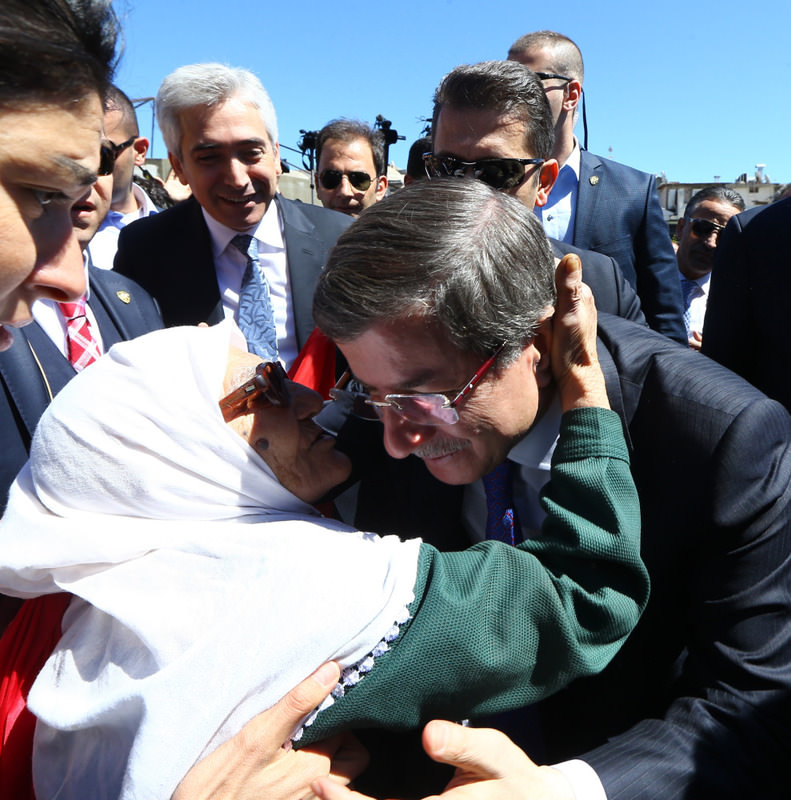 In the PKK terror-stricken Sur district in the southeastern province of Diyarbakır, PM Davutoğlu said Turkey will continue to fight terror without fear

Prime Minister Ahmet Davutoğlu said on Friday that the government is not afraid of terror and it will not fear terrorism. Davutoğlu visited the Sur district of the southeastern province of Diyarbakır a day after seven police officers were killed and 27 people injured in a car bombing in the Bağlar district of Diyarbakır. On Friday the PKK's People's Defense Forces (HPG) claimed responsibility for the attack. "Those who conducted this attack assumed that Prime Minister Ahmet Davutoğlu would be afraid to come to Diyarbakır. We were not afraid, we are not afraid and we will not be afraid," Davutoğlu said to the crowd on Friday. "They will never be able to divide the country. We hold no fears of the attacks of this vile group. We will never abandon Diyarbakır."

Asserting that Turkey will continue its "fearless" efforts against terrorism Davutoğlu said: "I assure you that Diyarbakır will be as secure as Konya. We are here and we will always stand by you. The terrorists were wrong when they thought that they would be able to scare us with their attacks."

The Sur district has been under curfew for over a month as security forces have been engaged in an all-out counterterrorism operation in the region against the PKK. The curfew was imposed to ensure the security of citizens' lives and property and was lifted on March 9. Since then Cabinet members have paid constant visits to terror-torn districts in efforts for construction and rehabilitation. Touching on the construction efforts, Davutoğlu assured that the government will protect property rights and the architectural texture will be preserved. "We are working on amendments that will provide opportunity for everybody to become homeowners like those paying rent," he said.

He said that regardless of political opinion, the government will provide good housing facilities to everybody and that he will be following and monitoring the efforts closely. "I instructed the governor of Diyarbakır and said that everybody who left Sur will have shelter. If Diyarbakır cannot sleep, we cannot sleep. Everybody's property rights will be protected."