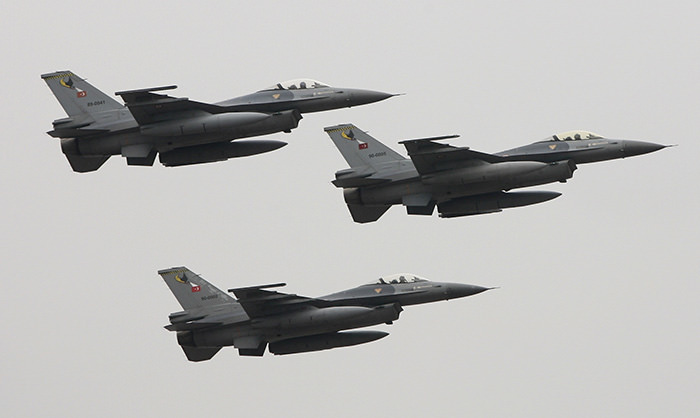 Turkey's air force has carried out airstrikes on PKK terrorist bases in northern Iraq, the military said on Tuesday.

In a statement, the Turkish General Staff said eight F-16 and F-4 jets on Monday night bombed PKK positions in Qandil, where the group has its main headquarters.

The PKK-listed as a terrorist organization by Turkey, the U.S. and EU-resumed its 30-year armed campaign against Turkey in July.

Since then, more than 350 members of the security forces have been martyred and thousands of terrorists killed.