PKK receiving more foreign aid than ever while portraying as 'disciple of peace': Deputy PM 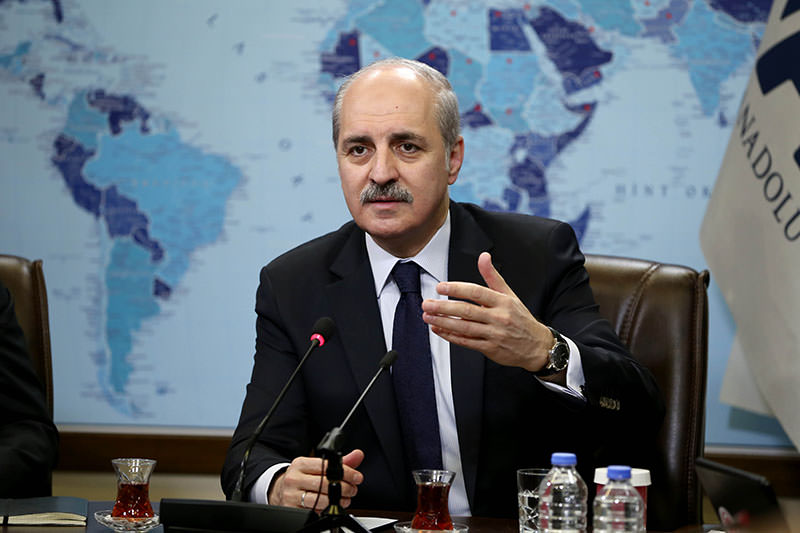 Speaking with Anadolu Agency's (AA) editors' desk in Ankara, Kurtulmuş said the PKK has received the largest amount of foreign aid in its history, even while portraying itself as a "disciple of peace." The aid included logistical support, which enabled the group to "set up traps" for Turkish security forces, the minister alleges.

Kurtulmuş said Turkey's fight against terrorism is a serious and ongoing process, highlighting that operations against the group will continue until the desired outcome is achieved. "Terror is not just a matter of [fighting] a thousand militants. It is a perpetual process for Turkey and we are dealing with it in a serious manner. Hopefully we will see results soon. It would be misleading, however, to give an exact date as to when this will end."

Kurtulmuş also referred to the ongoing fight against the "parallel state," saying the struggle against the Gülenist Terror Organization (FETÖ) would continue in a lawful manner.

"We have to protect the state and the nation. We will not direct blame on anyone in an unjust manner or attack their individual rights. The struggle against the parallel state / Gülenist Terror Organization (FETÖ) organization is one that is being carried out in a lawful manner, and it will continue. However, if you are asking me when it will end, we cannot give a date for that either," he said.

FETÖ, also known as the Parallel State Structure (PDY), the organization is said to be behind a December 2013 investigation into the alleged corruption of senior government figures, including ministers. Since early 2014, investigations into what has been described as a "parallel state" have resulted in hundreds of civil servants, including police and public prosecutors, being arrested or reassigned.

Most recently, dozens of people were detained on Tuesday in nation-wide operations in part of an investigation into the financial activities of the so-called "parallel state." Sixty-eight suspects – including ministry staff, businessmen, teachers, lecturers and former chiefs of police – were detained in simultaneous operations carried out in 20 provinces on Tuesday morning, reported AA, according to sources from the Anti-Smuggling and Organized Crime Department in Ankara.

Those detained on Tuesday included company executives, municipal employees, presidents of foundations and associations, putative provincial heads of the so-called "parallel state" as well as some employees of the national broadcaster, Turkish Radio and Television or TRT. The suspects are accused of money laundering for the FETÖ/PDY, and the illegal transfer of funds to the group.