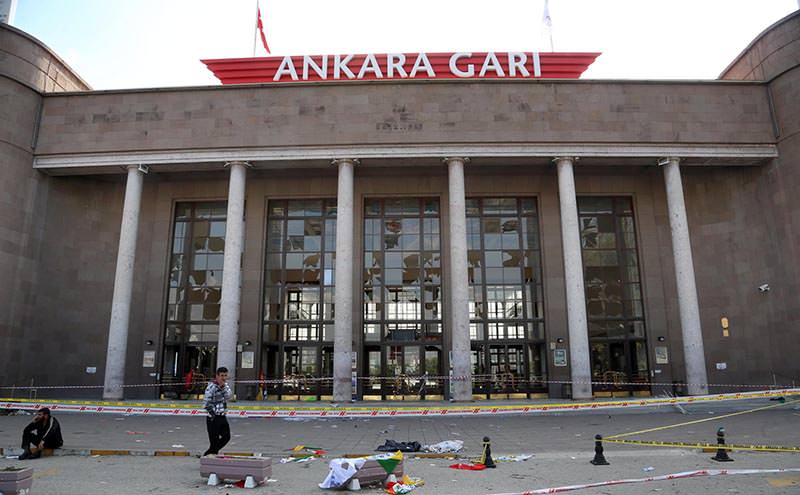 Security forces on Wednesday detained a suspect in the Ankara terror attack in which 103 people were killed in October in southeastern Gaziantep province.

Media reported that Hüseyin Tunç is linked with Yunus Durmaz, a self-proclaimed DAESH "emir" for Gaziantep who was involved in both bringing suicide bombers to Ankara after receiving them from the Syrian border and the delivery of the explosives that were used in the attack.

It has also been reported that Tunç, who will soon be tried in Ankara, was previously released by the court after being detained and interrogated for four days in October. Following objections from the Ankara Public Prosecutor's Office, a warrant was reissued for his arrest.

The prosecutor's office confirmed in October that one of the suicide bombers in the terror attack was DAESH member Yunus Emre Alagöz, who was also the brother of Şeyh Abdurrahman Alagöz, the suicide bomber who conducted the deadly Suruç bombing that killed 33 people and wounded more than 100 on July 20, 2015.

The second suicide bomber was confirmed by authorities on Jan. 10, and was identified by his initials, E.U., as a Syrian national.

The twin suicide bombings in Ankar, which were the deadliest attack in Turkish history, were set off by two suicide attackers in a crowd of leftist, pro-Kurdish and union activists at a peace rally.

Previously, two suspected DAESH suicide bombers, one of them a member of the DAESH-affiliated Dokumacılar (Weavers) group, were arrested by security forces late on Friday in Gaziantep province. Four suspects were captured in the operation, according to a statement released by the Gaziantep Governorate on late Monday.

According to information obtained from security sources, a DAESH terrorist named Mehmet Mustafa Çevik was arrested along with Ercan Çapkın, the brother of Erkan Çapkın, one of the suspected perpetrators of the March 19 suicide bombing on Istanbul's İstiklal Avenue, which claimed the lives of four people. Çevik was also being sought for having links to al-Qaida. The investigation was launched after the bombing showed that Çapkın was DAESH's regional head in Gaziantep province, which borders Syria.