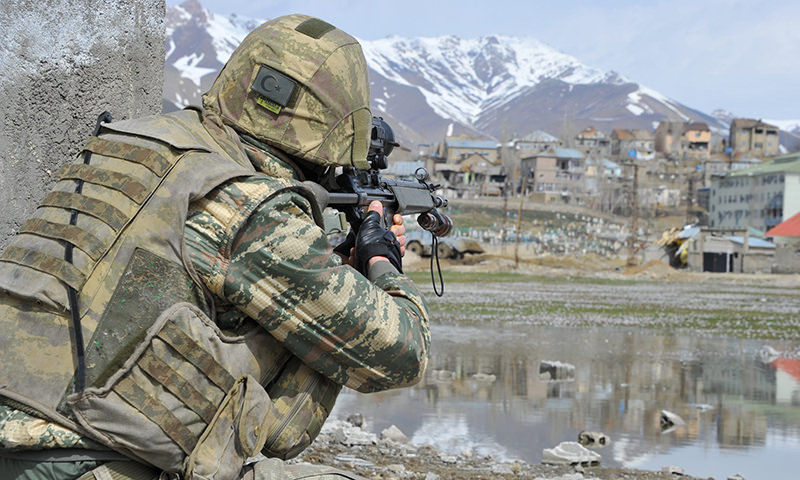 Turkish General Staff said in a statement on Friday that seven terrorists were killed in Mardin province's Nusaybin district, bringing the total number of terrorists killed there to 192 since operations began.

In Şırnak province, two terrorists were killed, bringing the total number of terrorists killed in the province to 157 since operations began.

Also, during the operations, many Kalashnikov rifles and grenades were seized. In addition, many improvised explosive devices were also disposed of.

Meanwhile, the Turkish military is also carrying out cross-border operations in Northern Iraq against PKK terrorist targets, destroying shelters and caves used by the terrorists.

More than 350 security personnel have been killed since the PKK, which is listed as a terrorist organization by Turkey, the U.S. and the EU, resumed its 30-year armed campaign last July.