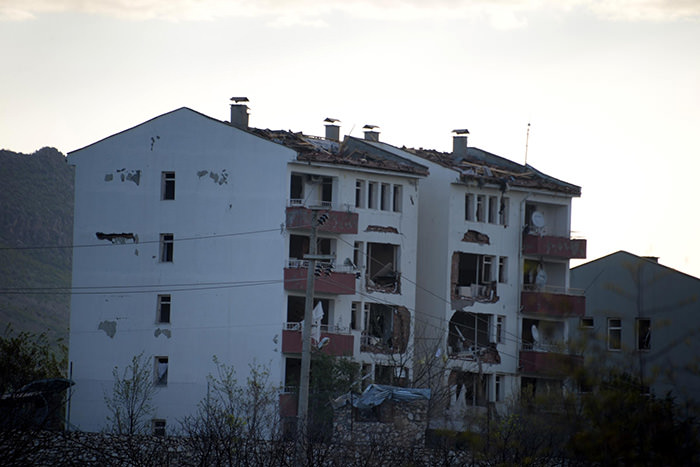 The terrorist PKK group detonated a car bomb near a military police station and military lodgings in the town of Hani in Diyarbakır province late on Monday. A military statement on Tuesday raised the number of those wounded in the attack from the initial report of 25.

"Our one heroic comrade was martyred, 39 heroic comrades were injured, and six of their relatives and two civilians were also injured after members of the separatist terror organization detonated an explosive-laden vehicle," the statement read. Two other soldier succumbed to wounds Tuesday afternoon.

The army said the injured were being treated at Diyarbakır's Military Hospital.

Hours after the gruesome attack, the Hani Peace Court imposed a broadcast ban on the attack and ruled that coverage of it, interviews, and any other kinds of news were banned until the investigation is finalized.

Since the PKK-listed as a terrorist organization by Turkey, the U.S. and EU-resumed its 30-year armed campaign against the Turkish state last July, more than 350 security force members have been martyred and thousands of PKK terrorists killed.