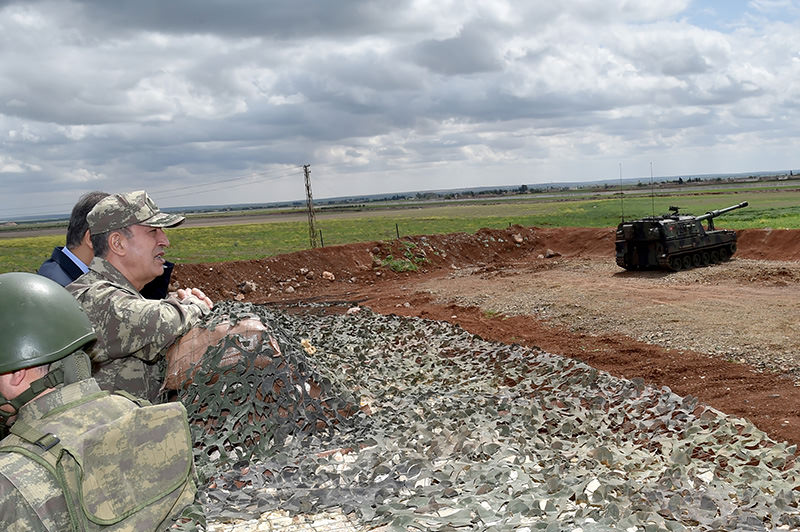 Speaking in southern city of Kilis, which was targeted by rockets fired from Daesh controlled are in northern Syria, Turkish Defense Minister İsmet Yılmaz said Wednesday that more than 400 terrorists have been killed in immediate retaliatory fire by Turkish military.

Minister Yılmaz stated that radar systems detect where rockets were fired and these positions are immediately destroyed. He said that efforts are ongoing to make the border more secure with watchtowers, radars, infrared cameras and emergency response teams, along with the wall constructed along the border and fortification of military outposts.

Pointing out that 701 people were detained while illegally crossing the border, Yılmaz said that 262 people were arrested, 97 people were released under judicial control and the remaning detainees were deported.

Regarding the concerns of locals on government services in Kilis due to the number of refugees exceeding the local population, Yılmaz said that a new hospital with 300 bed capacity will be built in the province. He added that armed ambulances will soon be deployed in Kilis and other provinces in the southeast, where medical units have constantly been targeted by PKK terror organization.

He added that works continue on establishing a secure zone within the borders of Syria, which was earlier agreed with the U.S.

Chief of General Staff Hulusi Akar and the Chief of National Intelligence Organization Hakan Fidan also visited the province on Wednesday to inspect the measures taken against Daesh terror group.