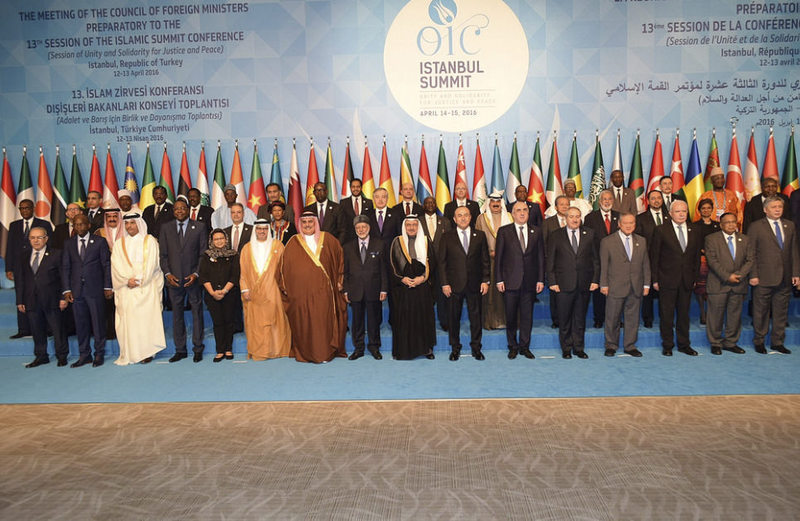 by Merve Aydoğan Apr 14, 2016 12:00 am
Foreign Minister Mevlüt Çavuşoğlu gave opening remarks at the OIC's foreign ministers' meeting on Tuesday as part of the Organization of Islamic Cooperation (OIC) Summit in Istanbul where he stressed the need for Muslim countries to cooperate in the fight against terror.

He said: "Terrorism is the prominent problem against which we should enhance our unity and solidarity. This sickness aims to spread terror and hatred across this geographical region." In addition to Tuesday's meeting, foreign ministers from OIC member states will meet at a wider summit that will take place on Thursday and Friday. During the summit Turkey is also expected to be given the OIC chairmanship for the next two years. While the OIC meeting is expected to open discussions on issues relevant to countries such as Syria, Yemen, Palestine, Iraq and Azerbaijan, in his speech Çavuşoğlu urged his colleagues to "work for the welfare of the Islamic world."

He stressed the increasing problem of prejudice directed at Islam and Muslims, saying that Islamophobia, bigotry and xenophobia are gaining strength in the world. Stressing the importance of unity and solidarity, Çavuoğlu said: "Unfortunately, some terrorist organizations dare to exploit the name of our holy religion. Because of this, they harm Muslims more." Reiterating the line that terrorism does not have any religion, nationality or sect, Çavuşoğlu said that it is a duty of all Muslims to stand against terrorism without discrimination. He spoke about the situation in Syria and described it as the "greatest suffering experienced in world history."
RELATED TOPICS