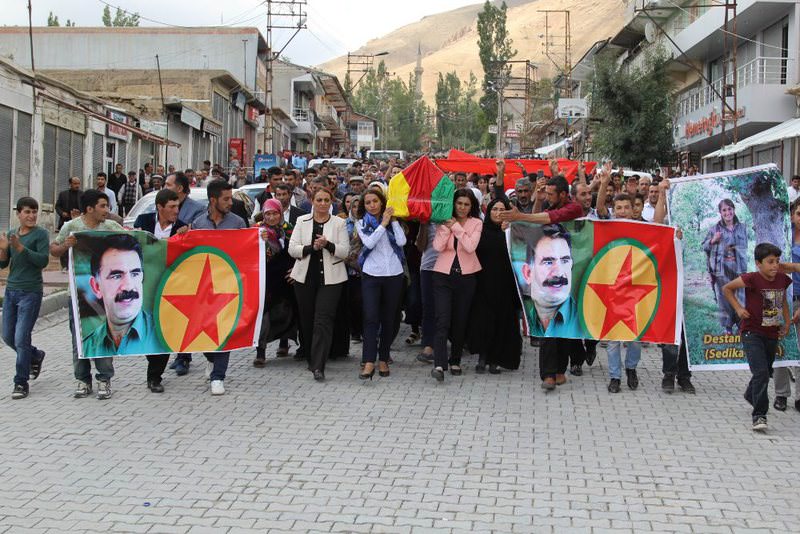 The Parliament will address a motion that was signed by PM Davutoğlu to lift the parliamentary immunity of all deputies suspected of committing crimes. While the HDP opposes the lifting of immunity, mixed voices heard from the main opposition CHP

With Prime Minister Ahmet Davutoğlu signing a motion to lift the parliamentary immunity of deputies last Thursday, Parliament will address the motion this week. Through the temporary amendment to the Constitutional Law on parliamentary immunity, all deputies suspected of committing crimes prior to and after the elections are to be tried as soon as the amendment is approved by members of Parliament. However, while both the ruling Justice and Development Party (AK Party) and the Nationalist Movement Party (MHP) support the motion, the Republican People's Party (CHP) and Peoples' Democratic Party (HDP), which initially supported the motion, now oppose it.

According to sources close to Parliament, deputies are calling the Constitutional Committee to find out if there are case files against them.

The AK Party submitted a draft proposal to the speaker's office signed by 316 AK Party deputies to lift parliamentary immunity. "Turkey is conducting its largest and most comprehensive fight against terror to date, while some lawmakers made statements supporting terrorism before or after being elected, some gave de facto support and some lawmakers called for violence, creating great public disgust," the draft said. The motion would amend the Constitution with a temporary clause to remove immunity from prosecution of 129 members of Parliament. Furthermore, Davutoğlu proposed in mid-March that Parliament lift immunity from prosecution for all lawmakers and collectively review 506 outstanding cases. With the files waiting at the Justice Ministry and the Prime Ministry, the number of complaints is expected to reach 550.

As the request to lift parliamentary immunity was first made concerning statements by HDP members' supporting PKK assertions of self-autonomy in December 2015 at the Democratic Society Congress (DTK), HDP Co-Chair Selahattin Demirtaş told members of the press on Friday that lifting parliamentary immunity is a great mistake. Demirtaş currently has the highest number of complaints against him in Parliament, 62, and there are 328 files against 45 HDP deputies. Though Demirtaş initially said they would support lifting parliamentary immunity since they had no files against them, once the motion came to be addressed by Parliament, Demirtaş told journalists on Friday: "It is a great mistake, as it is a way to take political revenge." He added that there is nothing the HDP could do if the other three political parties decide to amend the Constitution, adding: "The only thing we can do is to stand against this constitutional amendment that aims to take political revenge."

While CHP Chairman Kemal Kılıçdaroğlu said during a television program on CNN Turk that the CHP would support the amendment, figures such as CHP Deputy Chairman Sezgin Tanrıkulu, Fikri Sağlar and Eren Erdem announced they oppose the amendment. Sources indicate that intra-party disputes are ongoing with regard to lifting immunity following Kılıçdaroğlu's decision. Additionally, 170 complaints have been filed against the CHP, and sources close to Parliament said there have been many calls from CHP deputies to the Constitutional Committee to find out if they have files against them. Furthermore, sources indicate that there are files against 51 CHP deputies.
RELATED TOPICS