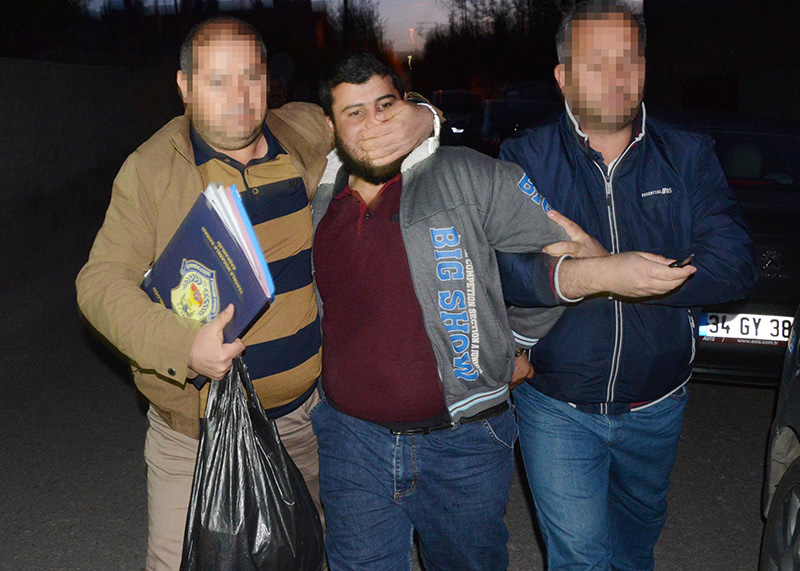 On Friday police arrested six Daesh suspects who were reportedly planning an attack against Prime Minister Ahmet Davutoğlu during an event he attended in the central Konya province.

According to a statement released by the Konya Governorate, six suspects, who were reportedly exploring the area for a suicide attack, were arrested during security measures taken for the prime minister's visit.

Police conducted searches at three addresses where the suspects were arrested. Daesh documents were also found during the searches.

The suspects were reportedly led by Isa A., who while being taken into police station told reporters that he was Syrian.

Davutoğlu was in Konya to attend several events including an event launching Konya as the 2016 Islamic World Tourism Capital.

Ankara continues to reiterate that it will resolutely fight Daesh, which has perpetrated several attacks in Turkey in the last couple of months.

According to the Interior Ministry, 847 suspected Daesh members are currently in custody, most of them foreign nationals. The latest figures show that some 27,000 people from more than 100 countries have been stopped while trying to travel to Syria to join the extremists. DAESH controls a major swathe of land near the Turkish border and continues to try to expand its territory in the area. In February, a U.S.- and Russian-brokered cease-fire went into effect, but it has done little to stop the conflict, leading to escalated fighting between regime forces, opposition factions and Daesh, undermining the agreement.

Previously, two suspected Daesh suicide bombers, one of them a member of the Daesh-affiliated Dokumacılar (Weavers) group, were arrested by security forces late on Friday in Gaziantep province. Four suspects were captured in the operation, according to a statement released by the Gaziantep Governorate on late Monday.

According to information obtained from security sources, a Daesh terrorist named Mehmet Mustafa Çevik was arrested along with Ercan Çapkın, the brother of Erkan Çapkın, one of the suspected perpetrators of the March 19 suicide bombing on Istanbul's İstiklal Avenue, which claimed the lives of four tourists. Çevik was also being sought for having links to al-Qaida. The investigation was launched after the bombing showed that Çapkın was Daesh's regional head in Gaziantep, which borders Syria.