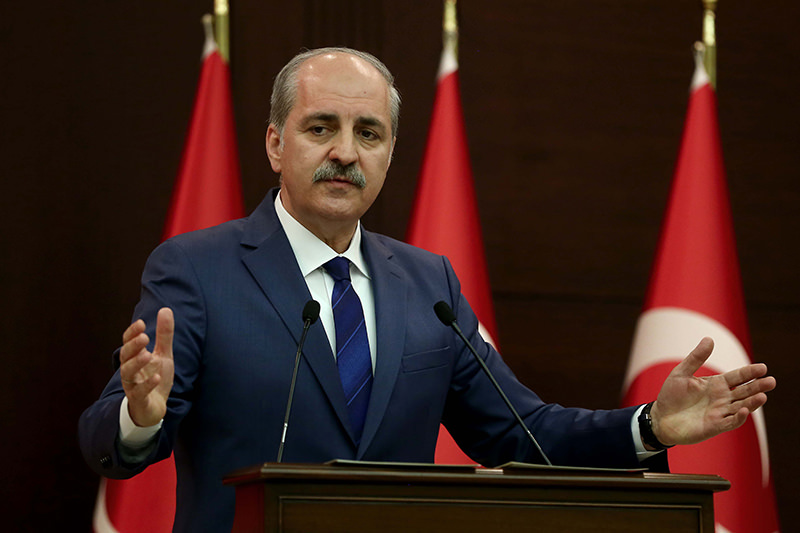 A top Turkish official on Monday announced new government measures to help a southern province that has suffered from continued indiscriminate rocket attacks from across the Syrian border.

Deputy Prime Minister Numan Kurtulmuş listed military, economic, social support and healthcare measures for the Kilis province, which has been exposed to rockets fired from Daesh-controlled area of Syria.

His remarks came at a press conference at the Çankaya Palace while a cabinet meeting was being chaired by Prime Minister Ahmet Davutoğlu at the same venue.

Kurtulmuş said the Turkish army would boost its military presence and power on the border with Syria and carry out "surveillance of the border with additional drones and devices in an effort to know of possible attacks in advance".

"We also discussed at length other potential military measures," he said.

He noted the rockets falling in Kilis were Katyusha missiles fired from mobile vehicles such as trucks or pickups, which he said makes it difficult for the army to target them.

"As they are different from settled positions, it seems impossible to immediately locate and hit them," Kurtulmuş said.

He added that economic measures would be taken and the damage would be compensated.

Kurtulmuş said people whose homes, households, and workplaces were damaged in these attacks would be compensated and new jobs provided.

"In addition, our ministers have launched efforts to ease the financing problems of traders, merchants, and craftsmen there," he added.

Turning to social support programs, he said, "Our Kilis province is, unfortunately, having difficulty psychologically. In a very short time, the landing of 46 missiles in a small province has caused psychological trauma." Ministry of Family and Social Policies staff and experts will help the residents, he added.

As for healthcare measures, Kurtulmu said additional paramedics would be sent and armored ambulances would be dispatched to the province.

"Also, efforts have been launched to boost healthcare services in Kilis and build a new hospital," he said.

Kilis, whose local population is outnumbered by Syrians, has suffered 46 rocket attacks since mid-January. A total of 17 people-including 10 Turks-have been killed and 61 wounded.