Senior PKK leader Bayık: US has direct communications with PKK 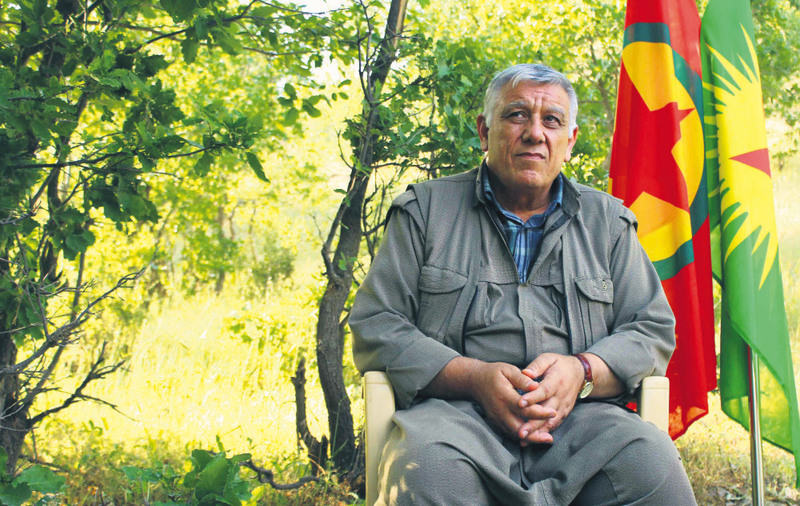 The PKK is in direct communications with Turkey's NATO ally, the United States and some anti-DAESH coalition member countries, senior PKK leader Bayık said. The U.S. had previously reiterated that it recognizes the PKK as a terrorist organization while it sends tons of weapons to PKK's Syrian affiliates

Senior PKK figure Cemil Bayık said in an interview with the BBC published on Monday that the PKK has "direct" communication with the United States as well as anti-DAESH coalition states.

The Turkish military has been carrying out cross-border operations in Northern Iraq against PKK targets and has also arrested hundreds of people with suspected links to DAESH, the PKK and far-leftist groups, and is currently detaining over 1,300 individuals across the country.

Bayık said "the PKK will escalate the war" if Turkey does not end its counterterrorism operations. Commenting on Bayık's interview, presidential spokesman İbrahim Kalın on Monday said: "Conducting interviews with PKK leaders does nothing but spread terror propaganda."

In response to a question on PKK commanders in Iraq talking about informal communication and working alongside the U.S. and the coalition, Bayık confirmed communication was taking place and said: "It is goes beyond indirect, rather it is a direct affiliation."

Bayık said the affiliation is related with the PKK fighting against DAESH and that "it is no longer a matter of communicating with the Americans or not." In response, Kalın stated: "The PKK claiming to fight against DAESH is an attempt only to legitimize itself."

In the interview Bayık said that the PKK finds killing civilians wrong and further spoke about the Ankara suicide bombing that killed 35 civilians on March 13, responsibility for which was claimed by the PKK offshoot Kurdistan Freedom Hawks (TAK). Bayık said: "With the current situation [of government anti-terror operations], if TAK does an attack, obviously it will attract sympathy from society."

Commenting on Bayık's remarks, Kalın said: "The mentioned countries have denied the allegations of being affiliated with the PKK previously and we take that into consideration above all else. However, what is more significant is who they contacted and with hopes of what." He asserted that the BBC interview was not journalism and that it is "nothing more than spreading terrorist propaganda; supporting and trying to justify the terrorist organization."

"How would reactions be if a media organization financed through tax payers' money conducted an interview with al-Qaida shortly after the London attack [in 2007] and tried to justify and legitimize it? The PKK is only trying to promote and impose its own agenda as if it is the demand of the Kurdish people."
RELATED TOPICS