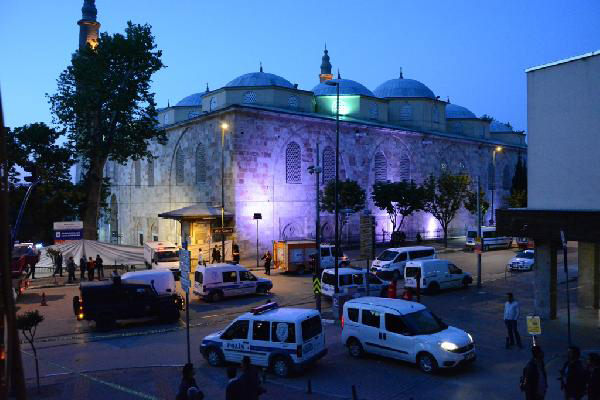 The Kurdistan Freedom Hawks (TAK), a PKK splinter group, late Sunday claimed responsibility for the Bursa suicide bombing that injured 13. The militant group also said in a statement that the bomber in the Bursa attack had detonated before reaching her intended target.

A statement published Sunday on a TAK-linked website said the 24-year-old Bursa bomber who was born in eastern Iğdır province used the pseudonym "Asya Glidağ" and her real name was Eser Çali.

Interior Minister Efkan Ala confirmed Monday that 1992-born Eser Çali was the Bursa suicide bomber and that she was a member of the PKK terrorist organization. Ala also added that six people were arrested as part of the ongoing investigation.

The suicide bombing in Bursa near the historic Ulu (Grand) Mosque injured 13 people last Wednesday, with only the bomber killed in the explosion.

Health Minister Mehmet Müezzinoğlu confirmed the number injured in the explosion and that none of them are in critical condition.

As security forces continue counterterror operations throughout the country, the PKK has tried to expand clashes with them and has conducted suicide attacks and bombings in metropolitan areas in order to maintain its presence. Mainly organized in the east and southeast, the militant group uses its offshoot TAK for attacks generally in western provinces where the PKK has no presence.

The TAK earlier claimed responsibility for suicide bombings in the country, including the attacks in Ankara that killed 35 people on March 13 and another in February that killed 29 people. Security officials have dismissed the TAK's claims and say it was carried out by the Syrian PKK affiliate Democratic Union Party's (PYD) armed People's Protection Units (YPG).