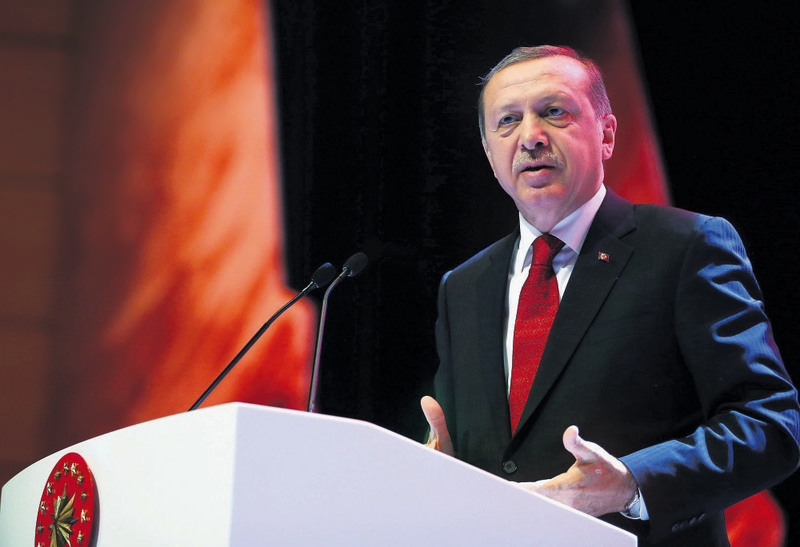 President Erdoğan expressed his frustration over the United States' puzzling stance on the PKK's Syrian affiliates. Although U.S. Defense Secretary Carter confirmed the link between these two terrorist organizations, State Department spokesperson John Kirby insisted the PYD is not a terrorist organization

United States Secretary of Defense Ashton Carter has confirmed there are links between the PKK and its affiliates in Syria that receive U.S. support. However, hours later, State Department spokesperson John Kirby insisted that the Democratic Union Party (PYD) and its People's Protection Units (YPG) militia are not considered terrorists by Washington.

Commenting on American officials' indecisive statements in Istanbul on Saturday, President Recep Tayyip Erdoğan accused the U.S. of double standards on terrorism. The PKK is recognized as a terrorist organization, while its Syrian affiliates receive both political and military support from Turkey's NATO ally. Erdoğan also stressed that U.S. officials say one thing at bilateral meetings and appear to say another at other times.

Secretary Carter in testimony before a Senate panel at the U.S. Congress on Thursday confirmed links between the PYD-YPG and the PKK.

Admitting links between the PKK and PYD, Carter acknowledged that the U.S. and Turkey designate the PKK as a terrorist group, but denied that Ankara is upset by U.S. air and equipment support to the PYD and YPG in Syria. Graham contradicted him, saying that he was recently in Turkey and that the government there is not happy with U.S. support for the Kurdish groups. "They think this is the dumbest idea in the world and I agree with them," Graham said.

"We are arming people inside of Syria who are aligned with a terrorist group, that is the finding of the Turkish government," Graham said. When asked about Carter's words, State Department spokesperson John Kirby said nothing has changed in Washington's policy on the PYD-YPG. Kirby responded by saying he had not heard Carter's comments on the issue, and added: "I'd let them – let him speak for his views and the Pentagon's views. Nothing's changed about our take here." When asked again to state whether the U.S. sees the YPG as a PKK affiliate, Kirby said: "I'm going to tell you clearly, as I've said before, our position on the PKK and the YPG has not changed," adding that the YPG is not a designated foreign terrorist organization.

Washington's former envoy to Ankara, Francis Ricciardone, said in remarks at the Association of Turkish American Associations' annual Washington gathering in February that the U.S. should acknowledge the PYD and its YPG militia as part of the PKK. "The PYD has at least expressed its difference with the PKK – we cannot be deluded by that. Americans have to understand the PYD is part of the PKK. There's no sense in pretending otherwise," he said.
RELATED TOPICS