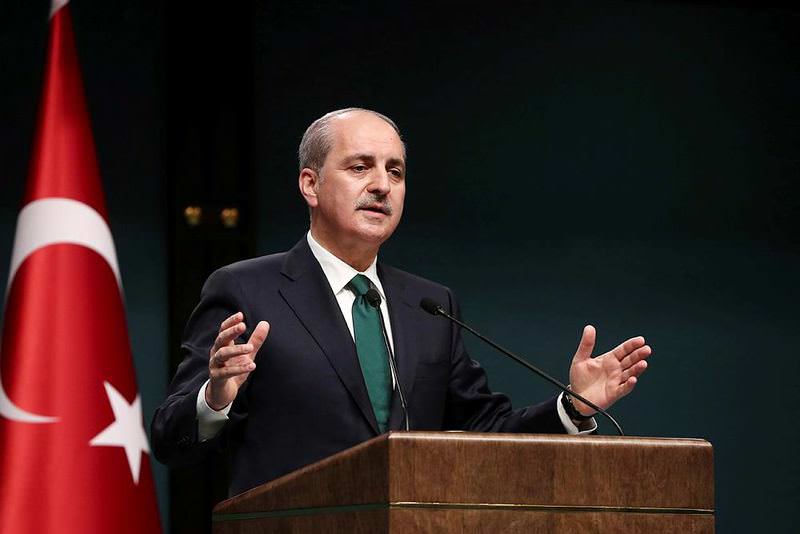 by Daily Sabah with Reuters May 02, 2016 12:00 am
Deputy Prime Minister Numan Kurtulmuş said Monday that Turkish security forces had prevented 85 terror attacks, 49 of which were suicide bombing attempts since January.

Speaking after the cabinet meeting chaired by President Recep Tayyip Erdoğan in the Beştepe Presidential Complex in Ankara, Kurtulmuş stated that Turkey has actively pursued an anti-terror strategy against the PKK, Daesh and other terrorist organizations threatening its unity.

"After rocket attacks across the border, we have retaliated in kind against Daesh targets in Northern Syria. Turkish security forces have accurately specified the exact locations of the Daesh terrorists and destroyed their positions," he added.

With deadly attacks by both the PKK and DAESH terrorist organizations increasing across Turkey, the Cabinet convened on Monday with a critical agenda to address, including the recent DAESH rocket attacks on Kilis.

During the previous Cabinet meeting in April, Deputy Prime Minister Numan Kurtulmuş had announced new government measures to provide aid to Kilis, including military support as well as social assistance, economic support and health care measures. With this agenda at the forefront, the Cabinet meeting also addressed a road map that would be followed to realize the four critical measures to be taken in Kilis.

Turkey has been hit by a series of suicide bombings this year, including two in its largest city Istanbul by Daesh terrorists, and two in the capital Ankara which were claimed by the PKK.

On Sunday, two police officers were killed and 22 people wounded by a suicide car bomb in the southeastern city of Gaziantep.

Last week, a suicide bomber blew herself up near the main mosque in the northwestern city of Bursa, injuring 13 people. TAK, an offshoot of the PKK militant group, claimed responsibility for the attack.