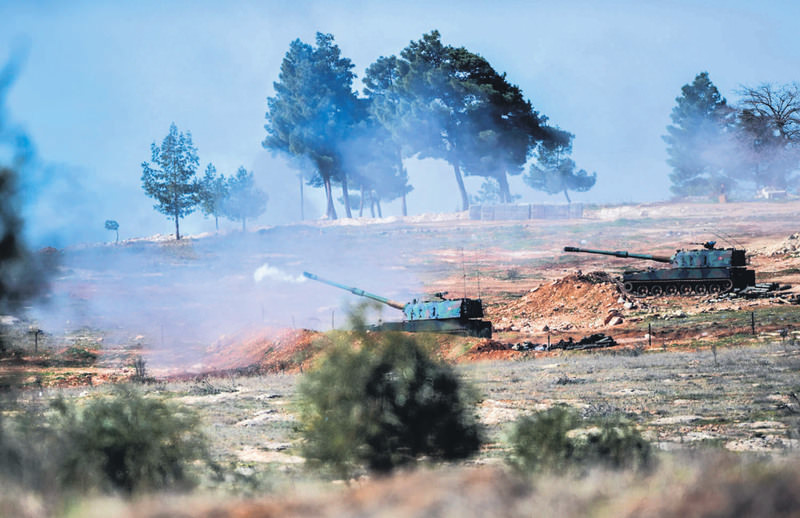 Amid rising PKK and DAESH terror across the country, President Erdoğan chaired a Cabinet meeting to address an important agenda in terms of security issues along with the EU visa liberalization process and the fight against the Gülen Movement

With deadly attacks by both the PKK and DAESH terrorist organizations increasing across Turkey, the Cabinet convened on Monday under the chairmanship of President Recep Tayyip Erdoğan with a critical agenda to address, including the recent DAESH rocket attacks on Kilis. During the previous Cabinet meeting in April, Deputy Prime Minister Numan Kurtulmuş announced new government measures to provide aid to Kilis, including military support as well as social assistance, economic support and health care measures. With this agenda at the forefront, the Cabinet meeting addressed a road map that will be followed to realize the four critical measures to be taken in Kilis. The meeting also addressed Turkey's visa liberalization process with the EU, the latest developments regarding operations against the Gülen Movement, also referred to as the "parallel structure," and the ongoing refugee crisis.

Kurtulmuş outlined the government measures being taken to help residents of Kilis in light of a previous Cabinet meeting in which the government laid the road map, including steps it will take to realize these measures. The first measure will be to boost military presence in the province and strengthen the border with Syria there, which includes "surveillance of the border with additional drones and devices in an effort to learn of possible attacks in advance." Secondly, economic measures will be taken, which, according to Kurtulmuş, will include financial compensation for those whose homes and businesses were damaged or destroyed in attacks as well as new jobs for those affected. Additional paramedics will also be sent and armored ambulances will be dispatched to the province while social support programs are expected to be established for Kilis's residents, who have experienced psychological trauma as a result of the volatility in the region.

Additional measures to be taken against DAESH and the PKK include the use of high mobility artillery rocket systems (HIMARS) expected to be sent to the Turkish border in May in the wake of recent DAESH rocket strikes. HIMARS are light multiple rocket launchers mounted on standard Army Medium Tactical Vehicles (MTV).

Another topic was Turkey's visa liberalization process. The European Commission will present its third visa-liberalization progress report on May 4. If Turkey fulfills all 72 EU criteria, a legislative proposal will be presented to allow Turkish nationals visa-free travel to the EU's Schengen zone.

Another topic on the meeting's agenda was the ongoing civil war in Syria and possible new influxes refugee following the recent airstrikes launched by the Syrian regime on opposition-held neighborhoods. Syria's largest city and former commercial center of Aleppo has been the scene of intense shelling and air raids, killing nearly 250 civilians over the past nine days, according to the Britain-based Syrian Observatory for Human Rights. Turkey could see another large number of refugees at its borders because of this. The Cabinet discussed the measures and steps to be taken in the case of such an outcome.
Last Update: May 03, 2016 1:08 am
RELATED TOPICS